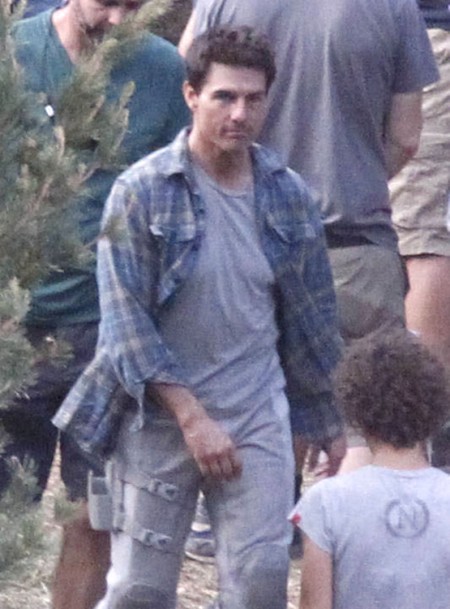 An interesting story in the Village Voice this week highlighted discontent in the world of ex-scientologists who are upset that the religion is granting Tom Cruise a double standard just so it can keep Suri Cruise close to the fold.

Apparently, typical Scientology policy would require Tom to “disconnect” from family members deemed “suppressive” or “SP” (someone who cuts themselves out of the church or criticizes it). Katie Holmes has just done both yet Tom has retained his rights to keep both Katie and Suri in his life.

The ex-Scientology community has been buzzing about this ever since ex-member Tom DeVocht said something about it on his Facebook page.

“I know so many people who can’t even talk to their kids — even worse is Karen [de la Carriere]’s situation as an example — because the Church enforces their disconnection policy so strenuously. But Tom Cruise gets ‘visitation rights’ to see Suri despite the fact that Katie’s divorce had EVERYTHING to do with Scientology and was possible the worse blow to Scientology’s PR yet.”

I immediately thought of some of the worst disconnection stories I’d heard.

There was Lori Hodgson, for example, whose son, Jeremy Leake, was injured seriously and was taken to a San Jose hospital — but her family tried to keep her away from him simply because Jeremy is still in the church and Lori is not. That was sick.

“I haven’t seen my kids since February, 2010, because I resigned from the Church of Scientology and spoke out publicly that I was against their policies of taking kids out of school to put them to work in the Sea Organization,” she told me today. Her son and daughter, both young adults, refuse to have anything to do with her as they follow the church’s policy.

“I don’t get any visitation rights at all. And the church has made up lies about me. They tell my kids I’ve had a psychotic break. This is what they do to all of the ex-Scientologists,” she says. “My kids are just afraid.”

Is Tom getting a double standard because he’s so high up in the church or is Scientology saying it’s not ready to let go of little Suri just yet? Both answers could be yes. Although there are reports that Katie negotiated no Scientology for Suri in the divorce settlement and has even went so far as to join a Catholic Church this week, Star magazine reports Cruise isn’t done making Xenu a part of Suri’s life. “Tom will do whatever it takes to make sure he comes out on top,” a source told Star. “Everything is going on the line – the homes, the jets, the money in the bank. He’s worth up to $250 million, and he’s made it clear that he’s willing to spend every last cent fighting for Suri.”

You kind of thought everything just went down too easy, right? I understand Scientologists probably leaned on Tom to settle quickly because of all the backlash but could he just be lying low until he can plead his case again? He couldn’t do that if he had to “disconnect” from Suri. I can’t blame the ex-scientologists. I’d be mad as hell too if I had to give up my family for a religion that believes in aliens only to watch a major movie star get special treatment on the matter.

I just have a feeling though. This can’t be over. Scientology wants to keep Suri Cruise close. Tom hasn’t thrown out the E-meter just yet. He’s been spotted on set of his new movie Oblivion looking in pretty decent spirits despite everything that’s happened. His son Connor Cruise came to visit him and Tom even consoled himself with some play guns yesterday. I’ve attached the photos for your enjoyment because they crack me up.

Do you believe Tom is getting a double standard? Is he allowed to keep close ties to his ex and child out of deference to his feelings or do you think Scientology has ulterior motives?