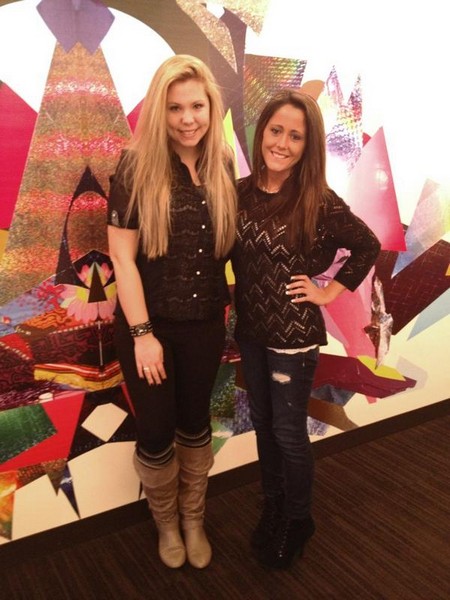 Jenelle Evans is having another medical drama. Her latest crisis is due to a gynecological problem. The star of MTV’s series Teen Mom 2 was in New York City working on some items for the show when she was rushed to the emergency room. Jenelle tweeted that she had another ruptured cyst and in a lot of pain. This is the second time in two months Jenelle has been hospitalized for the same thing.

Jenelle’s problems with ovarian cysts are not the only medical problem she’s had in recent years. She is a recovering drug addict who had been clean for a year. In the past few years Jenelle also struggled with her mental health. She battled abusive ex-boyfriend Gary Head and suffers from bipolar disorder. To complicate matters, Jenelle had several legal problems. She was arrested several times and she fought for custody of her son Jace. All of these events sent Jenelle spiraling out of control, one event perpetuating the others. She sought treatment for her marijuana and opiate use plus worked hard to resolve her legal problems (including going to jail for breaking and entering coupled with her drug use) so I hope she will now take her physical health seriously and get treatment for her cysts.

Jenelle considers teen mom Amber Portwood as her inspiration for getting her act together.  Is that scary or what?  I mean Amber is in jail! She said as Amber’s situation, that of drug abuse, failed rehab stays and finally losing custody of her daughter to her ex-boyfriend Gary Shirley got worse, she resolved not to follow this path of destruction anymore. Although Jenelle’s problems make for great TV, this is serious business that needs to be addressed.

Just as she sought direction for her drug problem maybe Jenelle needs some direction regarding her overall health. Here is what Jenelle needs to do. First, stop smoking. This is making your cyst problem worse. Most ovarian cysts go away on their own but yours aren’t, so stop feeding them. You need an ultra sound to make sure your cysts are not cancerous as well as to rule out any other problems that might be brewing. Lastly, ask for birth control pills. Your problem is caused by ovulation and birth control pills will stop it. You are only 20 years old and too young to have so many medical problems. Your life has just begun and you’ve come so far to overcome your problems, please take control of your physical health, too! Your son needs you.