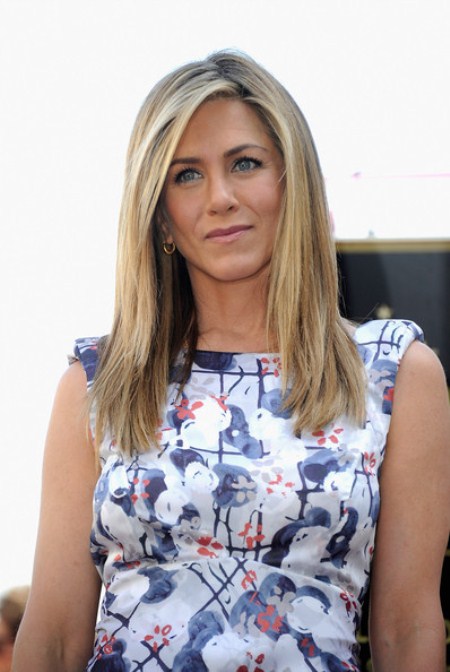 I know what you’re thinking right now, who in the hell would ever call Jennifer Aniston a dirt bag? Don’t worry all you diehard fans; you won’t have someone to be your sacrificial lamb today. No one has insulted Jennifer, actually it’s more of a compliment in a way. You see, Jennifer has been nominated for an “MTV Movie Award” as “Best On Screen Dirt Bag” for her role in the film “Horrible Bosses.”

The “MTV Movie Awards” will be taking place on Sunday night and Jennifer is just the one of the several fellow Dirt Bag nominees. Colin Farrell will also be getting the nominee for his role in “Horrible Bosses.” Bryce Dallas Howard as well for her role in “The Help”, John Hamm for “Bridesmaids” and Oliver Cooper got “Project X.”

This is not the first award Jennifer has received award nominations for her role in “Horrible Bosses”, she has also received nomination for a “People’s Choice Award” and “The Comedy Awards.”

“Horrible Bosses” was a great and hilarious film, if you haven’t seen it then I recommend that you do so. For that role alone, Jennifer  does deserve a nominee for “Best On Screen Dirt Bag”, but that’s not all for that role, what she should truly be nominated for is “Best On Screen Hot Hotty Hotty Hot Hot”. I know a lot of fellow males out there in the world who are thinking the exact same thing as me.