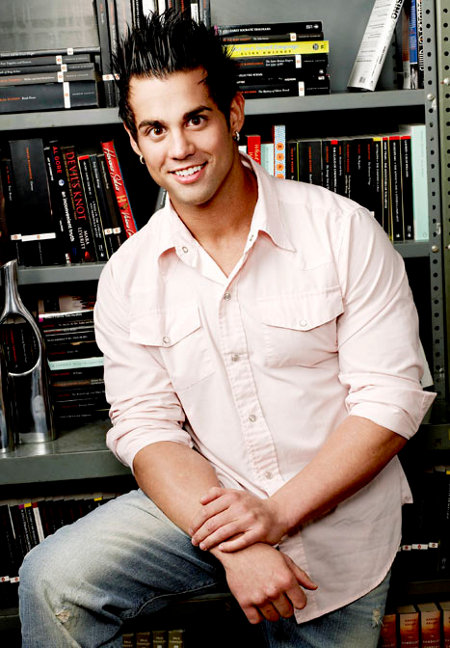 Reality star and obsessive fitness guru Joey Kovar has died of what appears to be a gluttoness mix of booze, coke, and Viagra, at the age of 29. Many of you will remember Joey as the troubled young guy from The Real World Hollywood that was ushered off to rehab midseason due to his admitted problems with alcohol and drugs. He later turned up on with Celebrity Rehab with Dr. Drew and by this time Joey was attempting to keep himself clean for the sake of his new daughter. He spoke then of being an addict most of his adult life and how hard it was to keep himself together. Obviously, the demons that he was always battling won the war here.

Close friends had said that Joey had sent suicidal texts in recent days and the fallen star spent his final hours in a drug haze with what appears to be some random acquaintance.  According to TMZ, Joey went to Stacey Achterhof’s house in Chicago Ridge, Illinois on Thursday night high on cocaine.  He told her that he needed more coke and asked for her help in scoring some.  She convinced him to just stay at her house with her instead.

Law enforcement says that Joey was also drunk and “took some Viagra” but failed to have sex with Achterhof.  When she later woke up Joey was bleeding from the nose and ears.  His eyes were also “blackened” which authorities say is often an indication of overdose and they believe he may have had an aneurysm.

Achterhof spent several hours with police on Friday and they went over her home with a fine tooth comb looking for evidence.  She filled them in on how Joey was regularly taking Adderall and Xanax but often took more than his doctor had prescribed. Toxicology tests will take weeks so it’ll be awhile before Joey’s loved ones know for certain the cause of death here.

Joey was always a loose canon and very volatile when on television.  It was pretty clear that he had serious substance abuse issues and that it was a way of life for him.  Are you surprised to hear of his passing?  Tell us your thoughts in the comments below!