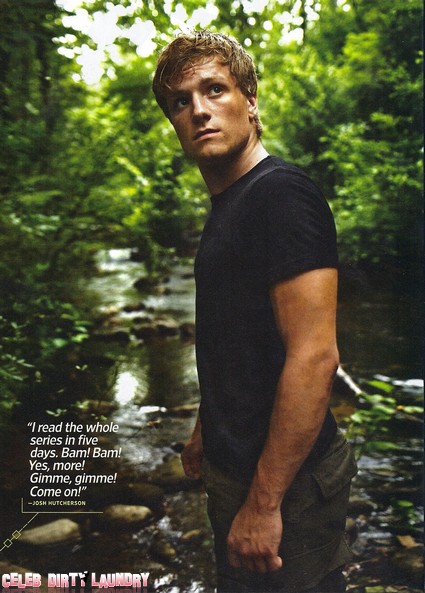 Much like all of young Hollywood (and anyone with any big films coming out this year) who wants to be seen and heard, Josh Hutcherson attended last night’s People’s Choice Awards.  I guess he felt it his duty to bring attention to that little upcoming film he’s in, The Hunger Games.

MTV caught up with the young actor to talk about the film – which is just over two months away from release!  If you don’t already know, Josh plays Peeta Mellark, a tribute in District 12 picked (along with Jennifer Lawrence’s Katniss) to fight to the death in a man-made arena on live television.  Josh revealed that he has actually seen some of the finished film and was very excited for fans to see it.

“I did ADR yesterday, actually. I saw a good little bit of the film yesterday; it looks good, I’m really excited. The music is insane. The sound design, the editing, everything is amazing. It’s coming together great.”

He also said the scene in which the competition starts is “going to blow people’s minds in the best way possible.”

“The scene with the cornucopia, where we all first rush in to get the weapons and whatnot, the way director Gary Ross has that scored and cut looks so amazing, I can’t wait for people to see it.”

Is it possible to be even MORE excited?!?!?