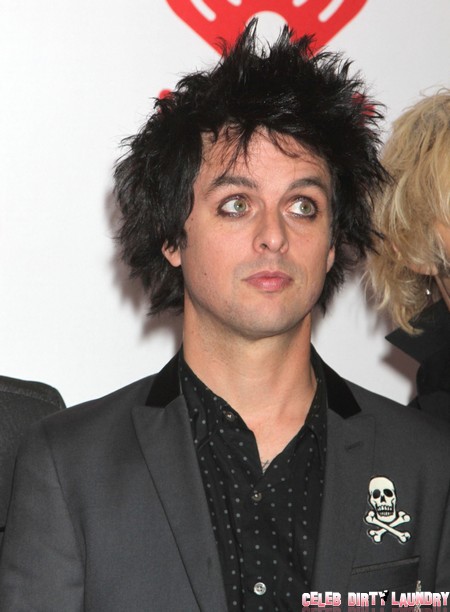 Woah! We expected a lot from the awesome line up of the weekends iHeart Radio Festival, but a public trashing of Justin Bieber by Green Day frontman Billie Joe Armstrong wasn’t on the schedule! We all know that these things are timed to the minute, and last minute circumstances mean that everyone needs to be flexible, but Billie Joe wasn’t having any of that! After he was told his performance was being cut short by fifteen minutes, he went ballistic and started hating on the Biebs!

The managers decided that Rihanna and Usher needed extra set time, and for some reason Billie Joe turned on Justin, screaming to the crowd, “I’m not Justin Bieber, you motherfuckers! You gotta be fucking joking. I got one minute, one minute left. Now I got nothing left. Let me show you what one minute fucking means!” That doesn’t make any sense! Where did the Justin comparison even come in? Does Justin just bend over and let people boss him around? Or is his association with Usher what damns him?

As if his crazy, hateful words weren’t enough, Billie Joe then got physical, beating his guitar onto the ground until it was in pieces! I bet the fragments will make a ton on eBay though! He also flipped off the camera and then ran off stage. Can we all agree that his anger was a bit overdone? I mean, you’re a huge (if not sad and old) singer—shit happens! Just write a punk song about it for your next album and move on!

This is obviously the twig that broke his back, and I’m guessing that this is just evidence of some serious problems he has with Justin Bieber! I’m sure there will be interview questions about this later. What do you think caused the snap? It can’t have just been over a time cut!  This Bille Joe is one entitled little bitch.  He makes Bieber look like a man – and that takes some doing.