Justin Bieber Cheats On Selena Gomez With Look-Alike, Uses Her For Sex At After Party 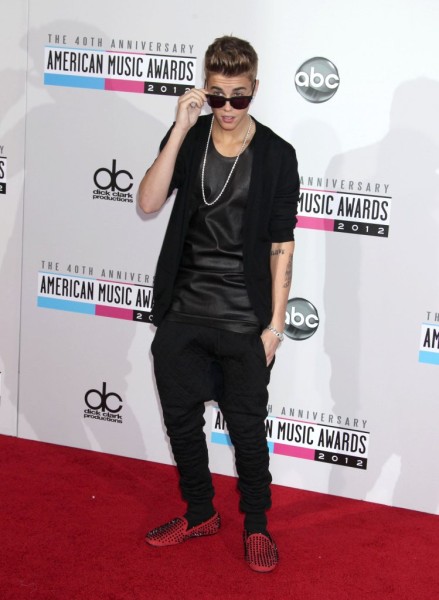 Now that Robert Pattinson and Kristen Stewart are firmly back together, I suppose we need another young Hollywood It couple to spend our mornings guessing about. I don’t need to guess. I think Justin Bieber and Selena Gomez are dunzo for good and Selena’s people are playing nice with Justin’s and not allowing her to break up with his self-indulgent little ass while he’s promoting an album so close to Christmas. Don’t be a Grinch Selena! But someone should tell Justin not to be a spoiled little dumb ass either. Because as the rumor mills swirl that they are working on their relationship and Justin is crying on Oprah’s couch he’s also picking up Selena Gomez look-alikes after concerts and kicking them out of his rooms after they refuse to have sex with him. What? You didn’t hear this? Let’s go over it again.

According to Lainey Gossip it all went down a couple nights ago at a post-show party: My source tells me JB scanned the club and settled on a girl who strongly resembles Selena. They hadn’t even had a proper conversation and already he was inviting her back to his hotel. She wanted to bring her friends. I’m told he and his people weren’t hot on the idea but eventually agreed…. So she stayed on his lap for a while and he asked her if she wanted to hear his new song and he wanted to know what she thought of it and that eventually progressed to kissing and light groping. But when she made it clear that it would not result in sex, well, he told her to leave.

This doesn’t surprise me as far as pop stars go but it isn’t necessarily the story Bieber and his people are trying to spin right now, is it? Justin should be disconsolate and heartbroken and be going to bed alone accompanied only by his tears. Or is he just screwing away the pain? Does that make this easier for you to swallow?

Are you a Belieber forever? Is a Justin Bieber cheats on Selena Gomez story too much to handle or can you see Justin pulling this move?