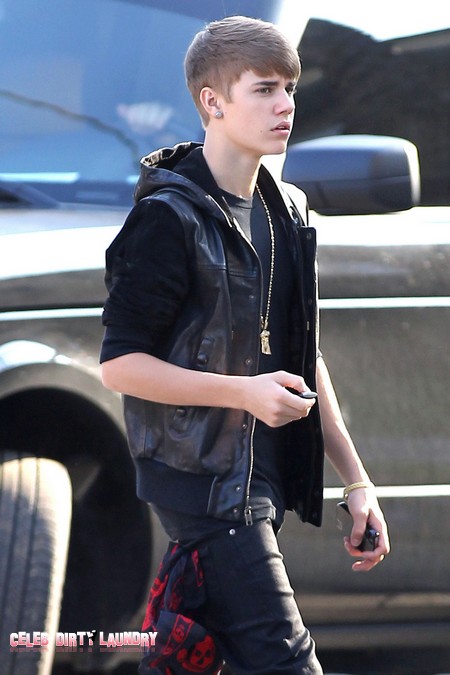 Justin Bieber has the ability to talk directly with God and this is why he has no need to attend church. Justin might not only be the most popular pop-music star today – perhaps he is also the second coming? The young Biebs recently got a tattoo of the commonly accepted image of the face of Jesus on his left calf and displayed it a Los Angeles beach last week.

Justin identifies himself as a Christian and sees a higher power at work in the world guiding everyone’s’ lives – and giving his amazing success it’s no wonder he is convinced that this higher power is working hard on his life in particular. Relating to God in private is more Justin’s style than attending any particular church. He thinks that just going to church actually gets in the way of developing a real relationship with God for many people.

Justin said in an interview with V Mag: “A lot of people who are religious, I think they get lost. They go to church just to go to church. I’m not trying to disrespect them … but for me, I focus more on praying and talking to Him. I don’t have to go to church.”

How did Justin get this way? We think his mom gets the credit. It is well known that Justin’s mom, Patricia Lynn “Pattie” Mallette, was only 18 years old when she became pregnant with him. Pattie raised her son with the help of Justin’s grandparents, Bruce and Diane and was forced to support Justin through a series of low-paying office jobs while living in subsidized low-income housing.

Justin has said: “My mom wasn’t the greatest person. I mean, she was a good person, but she made mistakes. She drank. She probably did drugs and stuff, and she told me about it because she said she did enough bad stuff for the both of us.” Then mom found God and became a born-again Christian. This would appear to be the source of Justin’s faith.

Whatever you think about religion and God, if Justin’s faith keeps him clean and sober as he navigates the ‘Hotel California’ of Hollywood and superstardom, then I say ‘hallelujah.’