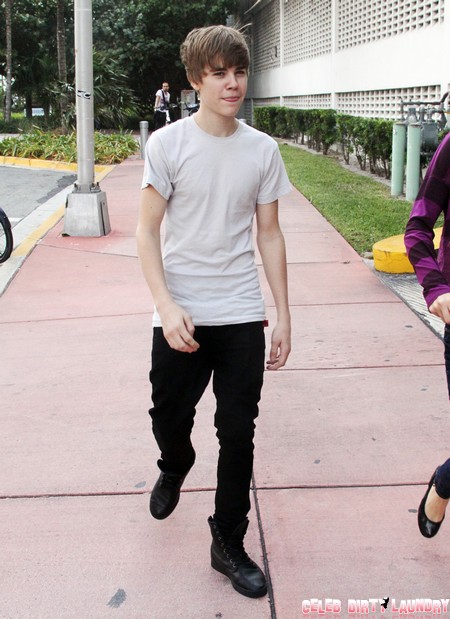 This is just plain freaky, the uber popular 50 Shades of Grey trilogy chronicles the sexual exploits and emotional baggage of Anastasia Steele and Christian Grey. Basically, it’s three books of straight bondage overseen by business tycoon Christian Grey. Casting rumours have been swirling for months while moms wait with breath baited, dying to hear who will be fulfilling their wildest dreams on screen. The lastest casting report is purely shocking: 18-year-old Justin Bieber is believed to have been offered the role!

I see a few problems. The first, that Vampire Diaries star Ian Somerhalder is so obviously the best choice for Christian. TO SEE THE TRAILER WITH IAN CLICK HERE. Mainly because, unlike Justin, it is legal for him to buy alcohol, rent cars, and, oh yeah—he’s the right age! Christian is supposed to be 27. Justin would need a lot of make up to pull off the age gap. Celeb Teen Laundry reported, “There is NO way that Justin could pull off the maturity and menace needed for this role.” Of course, the book contains flash backs to Christian’s teen years when he was first initiated into the world of BDSM. We have no problem with Justin playing young Christian Grey!