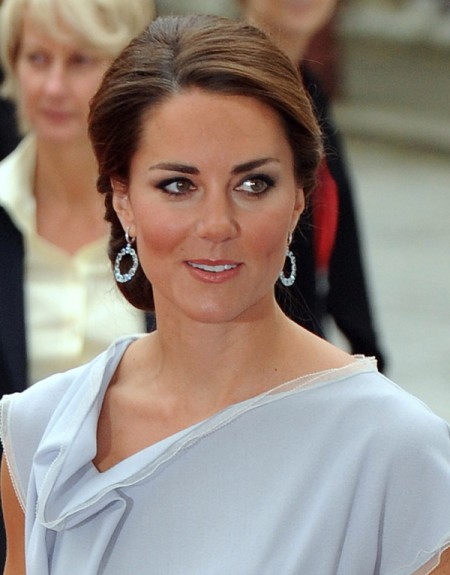 Prince Charles, Camilla Parker-Bowles and Prince William might be happy with the emergency of Kate Middleton as the new royal favorite but the same can’t be said for the rest of the royal family who are taking cheap shots at the duchess, making her transition into the firm much more uncomfortable than it needs to be.

It seems all those rumors about the only “blood princesses of their generation” Princesses Beatrice and Eugenie feeling a little left out of the royal cool kids’ club has been right on the money because Prince Andrew’s daughters are hitting Kate where she feels it most – her jealousy of Prince William’s ex-girlfriend. I already reported that Prince Harry’s latest blonde, Cressida Bonas, is the half-sister to Isabella Anstruther-Gough-Calthorpe – the girl William was infatuated with and even broke up with Kate for. Needless to say, Kate isn’t too keen having that reminder hanging around Kensington Palace and the princesses were the ones who put her there to gnaw at the future queen’s green side. In Touch magazine, print edition (via Celebitchy), reports:

Prince Harry and a beautiful blonde? It seemed like just another date in the life of the eligible young royal. But when the blonde is Cressida Bonas – half-sister of the woman Prince William once wanted to marry – and the matchmaker is royal cousin Princess Eugenie, palace insiders see Harry’s rendezvous as the most recent volley in the way between the Yorks (Eugenie, 22, and Beatrice, 24) and the Middletons.

“No woman makes Kate as insecure as Isabella Anstruther-Gough-Calthorpe,” a palace insider tells In Touch of Cressida’s half-sister – for whom William left Kate for five years ago.

“Eugenie knew it would get under Kate’s skin,” adds the source, explaining that were things to get serious between Harry and Cressida, family gatherings would become excruciating for the duchess.

Why would Eugenie put Kate in such an uncomfortable position? The source says there’s been a royal battle brewing for quite some time: “There is no love lost between the sisters. They have nothing in common, unless you count Kate now being a member of the royal family.”

The source says it’s not entirely one-sided. “Prior to the royal wedding, Kate invited Beatrice to a party, but forgot to mention it was costume,” says the source. “Poor Beatrice was so embarrassed, she ended up in tears in the bathroom.”

Now that she’s part of the royal family – and a future queen – Kate knows such oversights are beneath her. But it won’t be easy to forgive and forget.

“Although Kate will have to socialize with the Yorks at royal events, they’ll never be good friends,” the source says.

God, these girls are dumb. Anyway, so the princesses are jealous of Kate. She  better get used to it. She can smile, make her jams and sausage and be as nice as she likes but that won’t stop girls from being sh-tty with her because she got William and the crown. Such is the life of a princess. Did you take a look at the pics of the royal family watching Zara Phillips ride during her dressage competition? Kate and the princesses were at opposite ends of the line and when Kate passed them she gave them both kisses on the cheeks. I remember thinking how formal that was. Like wouldn’t you throw someone a “what’s up?” while you were sitting there for hours during that boring-ass event or even play musical chairs so everyone has a chance to catch up? Obviously the women weren’t in a hurry to hang. That’s the photo-assuming game I played at the time. And I wasn’t far off I guess.

Look, I get why the Beatrice and Eugenie are a little put out. Their royal duties are getting stripped and they have to get jobs! The Queen has a special relationship with them, but after she dies, Prince Charles has basically said it’s his family that’s taking over and everyone else needs to get lives. That’s put Andrew’s panties in a twist lately and I’m sure he’s voiced his displeasure to his unfortunate daughters. But what a low blow, right? It seems the royal blood/aristocracy card is going to get played against Kate her entire life. It’s not enough that she’s going to be queen. She’ll always be a commoner to those people and they will never shy away from letting her know it. Cressida Bonas and her sister are blue bloods. It’s been well documented that Kate is not. Where’s Pippa Middleton when you need her? Pippa needs to move into Kensington ASAP. Kate might not be able to put those snooty biotches in their place but I bet Pippa’s always down for a royal smackdown!

Do you think Princess Beatrice and Princess Eugenie matched Harry up with Cressida because they had his best interest at heart or do you believe the magazine and think they had some nasty, ulterior motives? 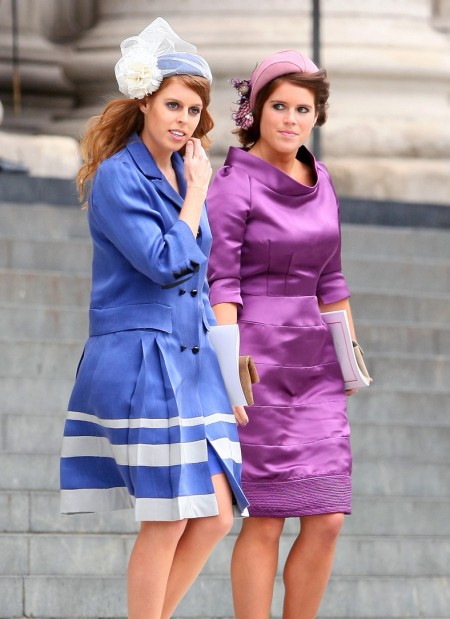