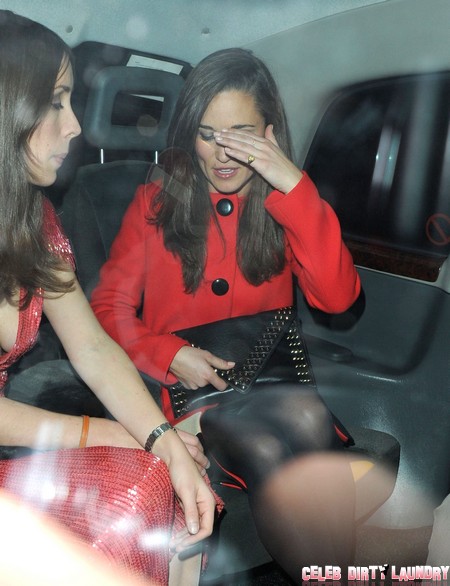 Lately it seems like the royal family has been dealing with one scandal after another. I guess maybe that’s what happens when the most prominent family members are under the age of 35. Trying to walk the line of having a life that includes a bit of age appropriate fun with being a good example doesn’t always work out to well. Kate Middleton in particular is tip toeing around, trying to control everything within her reach and that includes her sister Pippa Middelton’s lifestyle choices, and her choice of men!

Pippa’s new book is bombing and so she has apparently focused her attention towards a new man, James Matthews, who himself seems to be a decent guy. The problem is that James’ brother, Spencer Matthews is a raging cokehead that doesn’t seem to care much what people think. He has been spotted doing lines of cocaine in public, right in front of his fans, a move that will likely cost him his career if he doesn’t get himself together quick. But Spencer’s career isn’t where Kate’s concern lies.

Obviously, Kate is panicked about Pippa being connected in any way to Spencer and his hard partying behavior. She also knows that Pippa enjoys a good time so perhaps Kate is trying to troubleshoot what she believes could turn into a real scandal for the royals.  According to Now magazine,

“Kate’s told Pippa before that she needs to think very carefully about how her actions reflect on her and the Royal Family. She’s now telling people she might have to distance herself from Pippa if she won’t listen.”

You can’t really blame Kate for taking a few steps back here. She has seen what the tabloids can do, as they’ve taken her private time with Prince William and turned it into a complete embarrassment. Imagine in what kind of compromising position they’re likely to catch Pippa!  Do you think she’ll heed Kate’s warning or will Pippa continue to associate with trouble until a scandal erupts? Does Pippa think that after Kate’s topless and bottomless photo scandal she can as she pleases? Tell us your thoughts in the comments below!