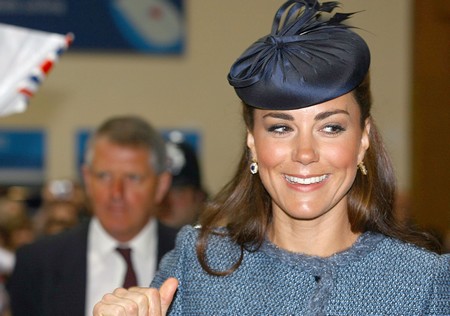 According to The Telegraph, Kate Middleton’s soon to be ex-BFF Emma Sayle is under investigation for using her house for sex parties. The National Enquirer quotes a source from My Trusty Royal Spy that says, “Rumors and press reports have circulated for years that Kate cavorted at kinky masked balls for upper-class types staged by private school chum Emma Sayle, organizer of a sex club called ‘Killing Kittens.’”

Would someone please switch it off? For the love of G – Wait, why are we eerily reminded of that scene in Eyes Wide Shut where Nicole Kidman and – You know? That scene! How can you not remember? It had Johnny at the water cooler sweat like a paranoid Schizophrenic at a masked ball.

The Killing Kittens sex club’s sole purpose “is the pursuit of female sexual pleasure – and women are the only ones allowed to approach other guests for sex at their soirees.” We’re still stuck on the name of the sex club. Killing Kittens sounds like an anti–PETA campaign and we’re sorry Emma, but we cannot look at that name without bursting into tearful hysterics and dunking our faces into cold milk.

The horror does not stop there as it is reported that Kate has been snapped by a cell phone camera as she got frisky at one of these parties. Kate is pretty ticked off, as the source adds, “The Duchess desperately wants to fight back and publicly state she’s never attended anything like a sex club – and Prince William agrees – but the palace will not give its approval. It’s making the future Queen of England furious!”

Well, yes, Kate, we agree with you. It would also make us pretty furious if we were caught in this situation. No, wait; actually this would be one of the most awkward situations of our entire life, ever. You remember that one time when you accidentally wet your pants at the office Christmas party in front of the new secretary who eerily resembled Megan Fox? That does not even come close to this.

Now, where did Johnny go with that water cooler? We’re dying for a cool glass of arsenic after this.