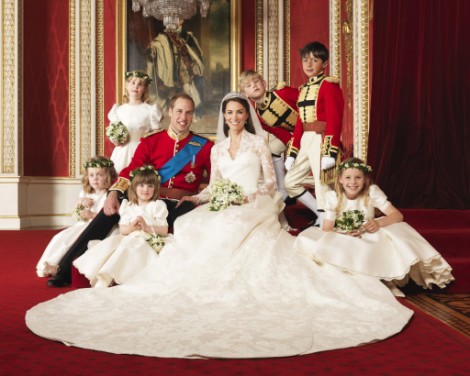 Is this story premature? Of course it is but so is every other pregnant Kate Middleton story out there. So just relax and enjoy the goodness. Kate has her choice of luxury maternity hospital in London but the odds are favoring The Portland because Dr. Marcus Setchell delivers exclusively there and he was seen leaving King Edward hospital where Kate spent the last few days.

No big deal, right? But the Daily Beast is reporting that poshest hospital in London is well known for some interesting practices that might put some judgy moms up in arms. For starters the Caesarean rate for the hospital is the highest in London at 53% in 2011 – double the national average. That’s not so surprising.  A lot of women are opting for the scheduled c-section because they don’t want the pain or stretching that a vaginal birth entails. It’s a hot button topic right now. Many women thing it’s selfish and puts the baby and mother in unnecessary danger and prohibits the baby from the extra time it needs in the mother but other people say there’s no evidence to suggest any danger and the baby is fine to leave a couple weeks early. Is Kate choosing this hospital because she doesn’t want to ruin her signature thin frame?

But that’s not it. Past customers have praised the hospital for its unconventional decisions. “You get painkillers galore and you are definitely not forced to breast feed like you are in the public hospitals,” one mother said. “If you want a c-section, that’s no problem. They have a full night nursery for babies, so if you are tired you give your baby to a nurse for the whole night and they bring it back to you all washed and scrubbed first thing in the morning. You are not forced to ‘bond’ with your child.”

I just read that quote to my mom and she freaked out! She’s old school and still believes c-sections should only be used if it’s an emergency. Silly old woman! But even I’m a little annoyed by that woman’s comments. God forbid these rich mothers touch a nasty baby before it’s been washed and polished. And why bond when you need your beauty rest? It’s almost one of, if not the most, important thing that needs to happen right after the baby’s born.

But this woman isn’t Kate, right? Kate just wants the best doctor. This doesn’t mean she’s going to be hopped up on pain meds, talking to Pippa on the phone while the baby chills in the incubator. Kate may be too royal to go to a public hospital but she is still just a girl from Berkshire. Surely, she hasn’t fallen that far from the middle class tree.

Still… princess or not there’s going to be a lot of scrutiny regarding this birth. Every publication I’ve read to far has pointed out that Diana did it naturally and she was as blue blooded as they come. Kate has to do the same, right? She can’t be anything less than Diana and if you think this is a stupid subject than go on any pregnancy message board and see for yourself. This is BIG in the land of pregnant women – perhaps nothing is more scrutinized or judged at the moment. If Kate does get an epidural then rest assure we probably won’t hear about it unless someone lets it slip.

Are you shocked by the attitudes of Kate Middleton’s maternity hospital? Do you think she’ll try to hide it if she gets a planned c-section or an epidural? Is it fair to judge her against what Princess Diana did?