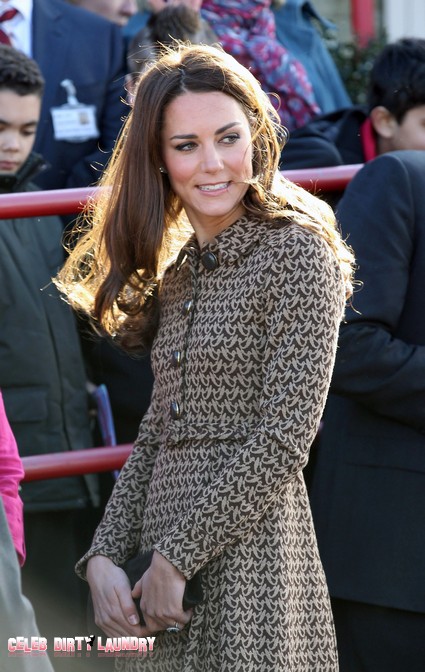 Kate Middleton just couldn’t keep a secret any longer and let slip the name of the puppy she owns with Prince William. The male cocker spaniel joined the Duke and Duchess of Cambridge as a family member over Christmas. The puppy’s name has been kept top secret since he joined the royal household although we are not sure why. Kate revealed the puppy’s name when she met with school children in Oxford as part of her charity work. And the doggies name is… LUPO!

Lupo is derived from the Latin word for wolf, and a palace spokesmen said both Kate and William chose the name.

The Today Show reported just before Christmas that they knew exactly what the Prince was getting Kate for Christmas and sure enough it was a puppy! They said: “speculation is swirling over what [Prince] William is going to get Kate for Christmas, [and] the general consensus at this point is that the Duchess of Cambridge is getting a puppy.” And they were right!

Royal officials previously revealed that the couple had bought the dog a few months earlier through a family connection. It is believed that the pet is living at their home near the Royal Air Force Valley base on Anglesey, Wales, where the future King of England has been working as a Royal Air Force search and rescue helicopter pilot before shipping out to the Falkland Islands.

Kate spent the afternoon in Oxford visiting schools that use art therapy to help special-needs children. Addressed as Miss Catherine by the pupils, Kate was on her first public visit to the headquarters of The Art Room, one of four charities of which she is Patron. The school uses art therapy to build the confidence of vulnerable and disadvantaged children.