Kate Middleton Snubbed By Kim Kardashian: She Was Too Busy to Meet The Future Queen of England! 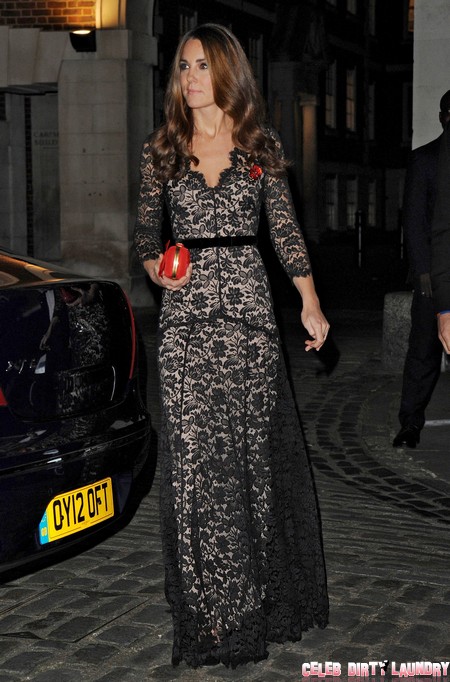 Kim Kardashian is a royal pain in the behind. Her quick fire claim to fame left the world of real life reality television in shambles. A few hundred smaller reality television families popped up like homeless people in a Listerine factory, and attempted to take down the Kardashian brand. However, no one attempts to take down the Kardashians, or snub the Kardashians, as this act of betrayal would lead to an all out international fiasco. Recent reports revealed that the Duchess of Cambridge, Kate Middleton, snubbed Kim K’s attempt at royal branding – Kim allegedly sent Kate samples of her and her sisters’ Kardashian Kollection line of clothing, but the future Queen of England rejected the gestures and sent the clothes back. This has since been disproven. It allegedly never happened.

E! Online contradicted the statements made in the UK press and alleged that “Kim was working the whole time in [London], and though she admires Kate, she never reached out to her.” To be quite frank, this does not sound like an E! Online report, but sounds more like a PR attempt at curbing the international fallout from such a snub. If Kate were to cold-shoulder the Kardashians, the fiasco would have drawn attention from global media and would have adversely impacted the gazillion Kardashian spin-off shows. There’s no truth either way, and it’s not in our field of interest to really verify the veracity of Kim K’s claims, non-claims, and alleged claims.   We do doubt, however, that the future Queen of England would be as vindictive and as holier-than-thou as most media outlets have claimed. In fact, we’re almost certain that Kate would have loved a visit from the Kardashian sisters, if they had time for her.

An attempt at shutting up the haters, as mentioned above, is usually a double-edged sword. Even if Kate didn’t snub the Kardashians, and all of the above is one fat rumour, a PR attempt at shutting up this rumour could lead to more disastrous results. Was Kim too busy to see Kate? Could it have been Kim who snubbed Kate, and not the other way around? Could Kim’s busy schedule have kept her from visiting Kate? Is all of the above a ploy to divert attention away from what “really” went down, or is it all a bitter misunderstanding? If this was true, and Kim did indeed snub Kate due to a busy schedule, Kim’s PR people need to be fired first and foremost, and secondly, Kim needs to be locked up in a mental institution for the criminally insane.

It might sound farfetched and heavy handed, but the Kardashians have proven time and time again that their murkiness and ambiguity in the media usually results from being “naughty”, and not adhering to the rules set out before them in the PR manual. It’s difficult to believe that the future Queen of England would pass up an opportunity to acknowledge/meet the future Queens of Horror.

It’s up to you to decide, however, so look at both sides of the story and let us know your thoughts in the comments below.

Reality stars Kim and Kourtney Kardashian out for a job while filming their show in Miami, Florida on November 17, 2012.