Katy Perry Runs Out Of A Nightclub As Russell Brand Arrives 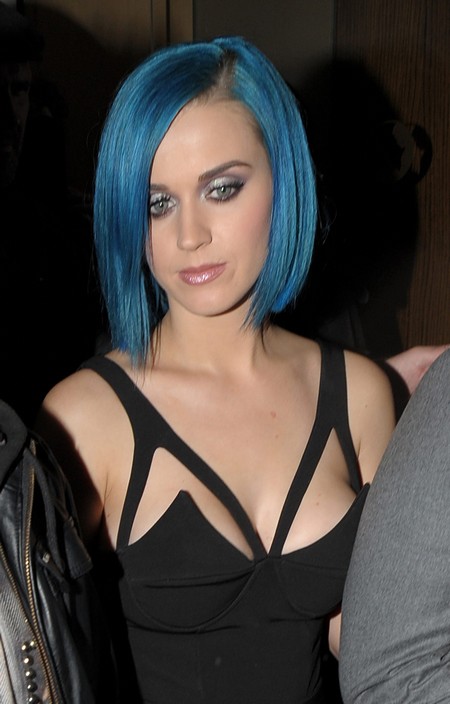 Katy Perry did not want to meet her ex-husband Russell Brand and so she scooted out of a London nightclub, with her entourage in tow, when she heard that Russell was about to arrive.   Katy was partying it up at Mahiki in Mayfair but her evening was rudely interrupted by the stunning news.  Apparently Katy was having a great night until she heard that her ex was on the way – she actually bolted out the door and ordered her gang to move to a club in the Chelsea neighbourhood.

What was Katy afraid of?  What is she ashamed of seeing Russell?

Metro has the scoop on this one:  The US pop babe was enjoying a night of karaoke in a private room usually reserved for Prince Harry at Mahiki in London’s Mayfair.

But the 27-year-old’s night came crashing down when one of her 30-strong entourage said they’d heard a rumour that Russell was on his way to the club.

My source said: ‘She wanted to spend the night singing in the room as it’s where her best mate Rihanna normally comes to play when she is in town.

‘Katy was having a great night but bolted out the door when one of her sidekicks stunned her by telling her Russ was about to turn up.

‘Rather than risk an awkward run-in, Katy didn’t take any chances and ordered everyone to move on to a club in Chelsea instead.’

The flustered star needn’t have freaked out, however, as her ex was trying to avoid a possible deportation charge from the States.

The 36-year-old was arrested for allegedly hurling a photographer’s iPhone through an office window last week – and could be sent back to Britain if a judge finds him guilty of an aggravated felony.

MORE: Katy Perry Is So Hot For Her New Dude

Katy has been running around wildly ever since being dumped and divorced by Russell back in December.  She can’t seem to get her bearings and appears to be totally on the rebound.  In fact Katy can’t keep her pants up around her new boyfriend, Baptiste Giabiconi. What do you think?  Please let us know in the comments below.