Keeping Up With The Kardashians Recap: Season 7 Episode 2 ‘Momager Dearest’ 5/27/12

BY Dorothy Gale on May 27, 2012 | Comments: 2 comments
Related : Keeping Up With The Kardashians, Kim Kardashian, Kris Jenner, Reality TV, Recap 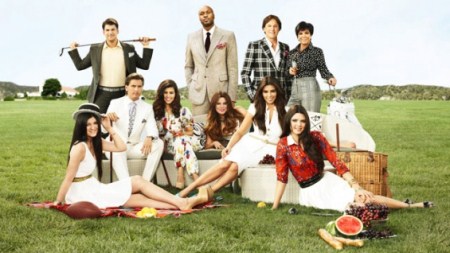 Tonight episode 2 of seasons 7 of Keeping Up With The Kardashians airs on E! Stand by as we will live blog the episode with all the up-to-the-minute details and this episode is titled, “Momager Dearest”.  Did you watch the season opener last week? If you missed it, you can read the full recap HERE.

Last week, Bruce Jenner was upset because he felt that everyone in the family was forgetting him, but he realized it was not just their fault, but his as well because he was not making an effort to find out what was going on in everyone else’s life.

A lot of the focus was on Khloe and the question of who her father is. Basically momager, Kris Jenner, tried to force her into doing a DNA test and she refused, good for her in standing up to her mom on something she was strongly against.

As far as ratings go, the show brought in 3 million viewers for its premiere episode, that’s down 14% from last year’s season finale. Could people be missing Kris Humphries? Nah, I didn’t think so either. Ratings better pick up, or E! won’t recoup the $40 million they promised to the Kardashians over the next three years.

On tonight’s episode Kourtney’s grudge against Kris reaches a while new level and Kim is not happy about Bruce making her face her fears, she wants payback. Meanwhile, the Jenner girls, Kendall and Kylie start their work for Seventeen magazine.

We will be live blogging the episode with all the up-to-the-minute details at 9 PM EST so make sure to come back to this spot and watch the show with us. Make sure to refresh often so you get the most current info! While you wait for the episode you can catch a sneak peek of tonight’s episode has some SPOILERS HERE.

RECAP: Kim asks her sisters, Kendal and Kylie to jump on the bed with her to make it softer. Then they put false eye lashes on Kim and they all laugh when she pretends there is too much glue and can’t open her eyes.

Meanwhile, Kourtney is with Mason and goes to visit Kris and Kourtney gets annoyed when Kris tells her that she doesn’t like Mason’s pink sunglasses. Kris goes on to say that she went to see a Baby Face concert and met this cool guy from “The Voice”, Kourtney asks if she banged him and Kris is shocked. When Kris gets defends herself and says she is married, kourtney replies with “well it’s not like you haven’t done this before?”.

Kim meets with Kourtney and wants to know what is going on with Dash, Kourtney gives her an update and then tells her that Kris wants to visit the new location and she doesn’t want her to. It all comes down to Kris having an affair in the past and Kourtney finds it is really selfish and can’t deal with it.

The next day, Kim is iphoning Khloe and she tells her that Kourtney is really upset at Kris. They both start talking about when they used to dress themselves and put on their own makeup and agree that now that try to hard (sorry, don’t feel sorry for them).

Kendall and Kylie are working for Seventeen magazine and they are scouting models. Kendall is really shy and doesn’t do as much as Kylie which really pisses her off.

At home. Kourtney is hosting the first official family dinner. At the table, Kris starts flirting with a guy who is serving and Kourtney calls her embarrassing. Kris calls Kourtney outside and tells her that she is so sick and tired of her saying bad things about her. Kourtney tells her that she doesn’t understand how she could have written her memoirs and shared everything with the world.

Later, Scott asks Kourtney what’s going on with her and Kris and she won’t tell him because she doesn’t think he will understand. Scott is upset because Kourtney is keeping everything in and he fears that she is just going to blow up one day. Scott feels that her holding things in really affects their negatively.

At the Jenner house, Kylie shows Kim their business cards from Seventeen magazine for being model scouts and confides in Kim that she is annoyed with the way Kendall is acting.

Kris is trying to have a moment of privacy when Bruce walks in, she confides in him how Kourtney is pissed of with her because of the book. Kris is frustrated because she doesn’t know how many times she has to apologize for Kourtney to understand and she’s devasted.

Kim asks Kylie and Kendall if they have ever eaten India food and when they don’t answer, she says “disgusting right?.” (wow, that was rude)

Kylie and Kendall are trying again to do their scouting and Kim is giving them pointers. Kendall comes out of her shell and Kylie is really happy about it.

Bruce is going for hike with Kylie, Kendall, Kim and the dogs, he picks up a spider and sends the girls all screaming and running around. Kim is really terrified of spiders, she doesn’t even like that Bruce is just joking around. The girls all get into their cards and leave Bruce with the dogs.

Kourtney is talking to Khloe on the computer, she tells her that she is not getting along with her mom. Khloe suggests that Kourtney go for therapy with her mom, but Kourtney has already done that and prefers to go by herself this time.

At dinner, Bruce calls Kim over to the side of the room and shows her a spider in a jar. Bruce just wants her to get over it, so he throws the spider at kim – she takes off screaming and tears off her jacket. It doesn’t take long for kim to shed tears and run out of the house.

Kourtney meets with her therapist who tries to help her get over her angry feelings towards towards her mom. She goes on to say that she is not mad that Kris wrote the book, she is mad that she had the affair and can’t see where she is coming from.

Kim wants to come up with an idea to scare Bruce, she comes up with making him think that someone stole the Ferrari, because she has the other key to the car. Kim confides in Kylie and Kendall and enlists Brandon, Bruce’s son, to help.

At home, Scott and Kourtney are talking, she apologizes that she didn’t confide in him.

It’s time to pull of the “scare” on Bruce, he and his son take the Ferrari, once it’s parked and they go insure a building, Kim sneaks up and drives it away. Kim gets in Scott’s car and they both watch as Bruce comes out of the building.

Just as Bruce is going to call the cops, Kim and Scott pull up and tell him she has the car. Everyone has a good laugh, Bruce loved that she got him.

Kris is with Kourtney, she wants to give her a shower gift for the baby, but Kourtney is not thrilled about it and refuses to open it.

Kourtney appreciates the gift, but her solution is to always by her children’s affections with a gift. Kourtney tells Kris that she went to therapy and admits to Kris that she has problems within herself that she needs to resolve.

Bruce doesn’t give up on Kim’s fear of spiders and wants her to develop a relationship with them to help get rid of her fear.