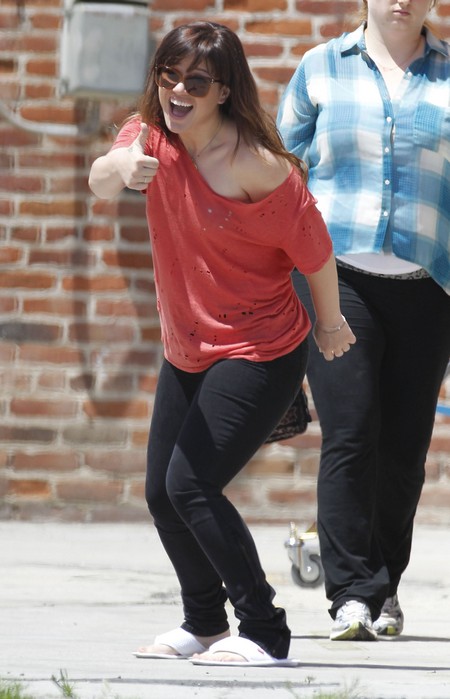 Celeb Dirty Laundry can officially confirm that Kelly Clarkson’s “Stronger” single is the biggest selling single in the entire American Idol world. Pop the champers and get drunk on female empowerment!

As of yesterday (6th July 2012) Kelly Clarkson has taken the lead in sales as “Stronger” sold 3,510,000 units to date, surpassing Carrie Underwood’s “Before He Cheats” which has sold 3,509,00 copies to date. “Stronger” also ruled the Billboard Charts, giving Kelly her longest running number 1 hit, after it stayed in 1st spot for three weeks.

Does anyone remember back in Carrie’s season, when American Idol was still the hottest reality show in the world? Simon Cowell favoured her to win and commented after one of her performances, “Not only will you win this show, you will sell more records than any other previous Idol winner.”

Simon, we know you eat puppies for breakfast in your castle made from chocolate, but this fortune telling is getting slightly creepy. All jokes aside, Simon did make One Direction one of the biggest boy bands in the world, so it is no surprise.

Underwood answered to Billboard.com after they asked her if she remembers this comment, “I was very flattered and very happy,” she recalls. “But then I thought, ‘What are the other contestants going to think? They’re going to hate me.’ And it could have worked against me if people didn’t like Simon and were rooting for someone else.”

There you have it readers. Kelly Clarkson is the biggest single selling American Idol in history.

We bet Carrie is stroking her-decked-out-with-golden-shoulder-pads kitten and listening to Dolly Parton while wiping away her soft sweet tears with her golden do.