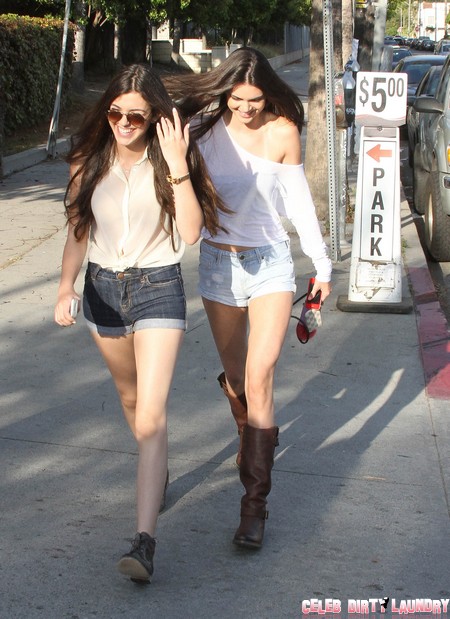 They may have a ton of money and every luxury it can buy, but Kendall Jenner and Kylie Jenner can’t wait until they are old enough to crawl out from beneath Kris Jenner’s control.

Can you imagine having Kris Jenner as your mother?  Everything in life ends up being scripted and staged for the benefit of their reality show and nothing is off limits.  It’s no wonder these girls would want to run and honestly, if they want any kind of normal life then they’ll have to move far away from their mother and the cameras that accompany her.  Even Bruce Jenner has come close to leaving his greedy and amoral wife.

It’s no secret that Kris is more “momager” than mother and she’s always trying to top whatever the family has done on camera in the past, so what would be next.  The buzz this week, courtesy of Kris Humphries, is that Kris encouraged and directed daughter Kim’s sex tape aspirations because it was a way to help bring her a certain amount of attention and fame.  If that’s to be believed then Kendall and Kylie better run before they find themselves encouraged to do videos together!

The Jenner girls don’t seem to me, to be quite the fame mongers that their older sisters are, so maybe there’s hope for them.  What do you think of Kendall and Kylie?  Do you think they’ll aim for a normal life or will they join the family business full speed ahead?  Let us know what you think in the comments below!