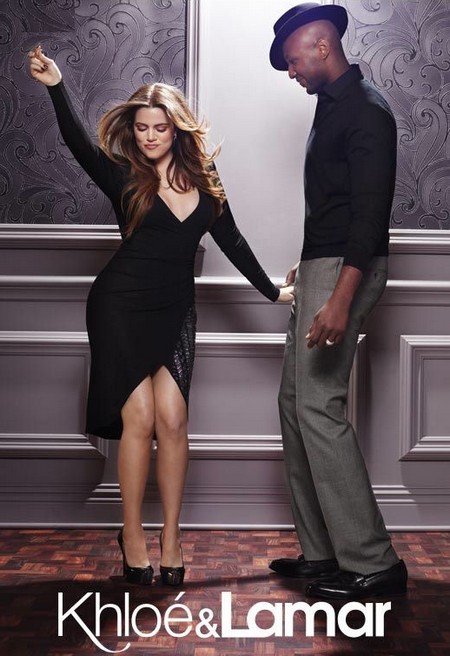 Khloe and Lamar returns tonight with episode 6 called ‘Under Pressure.’  Stand by as we live blog the episode with all the up-to-the-minute details.

On last week’s episode because Lamar was traded to the Dallas Mavericks Khloé arrived in Dallas excited to make her & Lamar’s transition as smooth as possible, but Lamar struggled to find his footing & took his frustrations out on her.  If you missed the episode you can read our full and detailed recap here!

On this week’s episode the pressure Lamar is feeling to perform well on the court begins to affect his mental game.  Lamar tells sister-in-law Kim he was comfortable when he was playing with the Lakers and when someone just tells you to pick up and go you’re uncomfortable.  Being an athlete Lamar always prided himself on when that change was going to happen he was going to make the decision but when someone takes that choice away from you it is like really.

Kim also asks Khloé if she is jealous that Kourtney is pregnant again.  Khloé tells Lamar and he responds that it is natural to feel a bit jealous.  Lamar admits he even felt a bit jealous and that makes Khloé sad. Khloé can’t handle the pressure of everyone questioning when she’s going to get pregnant.

We will be live blogging the show with all the up-to-the-minute details at 10PM EST so make sure to come back to this spot and watch the show with us. Refresh often to get the most up-to-date results!  While you wait for the recap you can catch a sneak peek video of tonight’s episode below!

RECAP: Lamar is acting weird and Khloe is homesick and missing her family, until Kim comes to visit which makes her really happy. Khloe pics up Kim at the airport and tells her that she is surprised that her sister, Kourtney, is pregnant when she only had sex one time. Kim tells her to just remember who loves her, since she is the first one to go to Dallas to visit her which Khloe replies that Kim is also the one did not speak to her for months and they both laugh.

Lamar is still finding that Dallas is surreal and keeps his hopes up that it will be promising. Lamar gets a message from his old coach, he thinks Lamar is hurt because he doesn’t see him on the court much.

Khloe and Kim are at Palomino for lunch, Khloe tells Kim that Lamar is so introverted and depressed since his cousin was murdered last summer and she sees it on the court. Kim advises Khloe to get him out of that phase.

Kim is a little worried about Khloe because she has always been the toughest one out of the bunch and she thinks that not being pregnant yet is really bothering Khloe.

Khloe is very excited abotu dinner tonight with Lamar and Kim. They toast over champagne and Kim comes right out and asks Lamar how he is adjusting to Dallas. Lamar explains that he feels that what felt most comfortable to him got taken away. They begin to talk about Kourtney’s pregnancy and Lamar confesses that he wished it was Khloe that was pregnant is a little jealous.

Kim and Kourtney decide to be touristy and go to the Dallas aquarium. Kim brings up the subject of in vitro maybe being an option for Khloe and Lamar. Khloe is really upset, she is tired of everyone giving their advice on how she should get pregnant.

Kim is sitting at a bar when Dallas Maverick’s owner, Mark Cuban comes in to say hello. Kim and Kourtney are in the audience and cheering on Lamar. Khloe apologizes to Kim for getting mad earlier, but the whole pregnancy thing is really getting to her.

Lamar is taking Kim’s advice, he knows he needs to get his chin up and stop being so gloomy. Lamar had a good game, he runs home, packs his bags and then he is off to another city.