Kim Kardashian Will Not Give Kris Humphries His 2 Million-Dollar Engagement Ring Back! 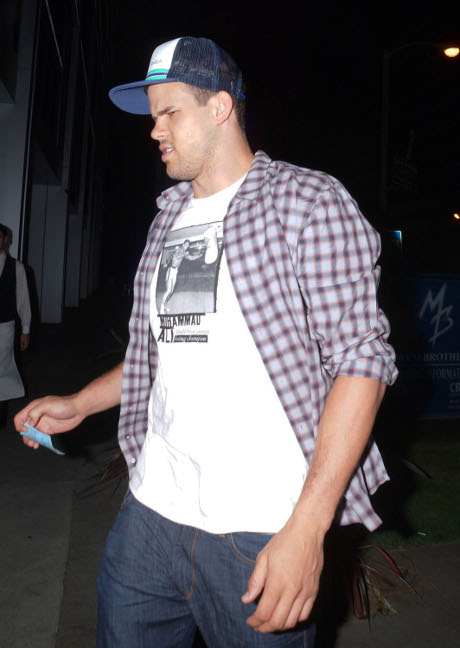 Kim Kardashian does what she wants, and right now she’s choosing not to give back the engagement ring Kris Humphries gave to her back when they thought they were in “love.” And it’s not like it’s a tiny baby ring either. The ring is borderline massive, coming in at a whopping 20.5 carats with a pretty price tag of approximately $2 million. Yikes. No wonder he wants his bling back. You would. You know you would. However, perhaps Kim K is under the impression that the “NO TAKES BACKS” rules still applies in this situation.

Radar Online reports: “Kris is adamant that he wants the ring back. And it’s becoming a real sticking point between his and Kim’s attorneys. She has made it plain that she has no intention of returning it though and feels she is within her legal right to refuse as she went through with the wedding. However, Kris contends that the marriage was a total sham and that Kim only wed him for publicity so therefore she has no right to keep such an expensive gift.

Kris doesn’t understand why Kim would even want to keep the ring anyway. It obviously has no sentimental value as she has publicly declared their wedding as ‘a huge mistake’ and she certainly doesn’t need the money, so why doesn’t she just return it to him?”

So, it pretty much sounds like Kris is crap out of luck. Unless his legal team finds a way to snatch it back from Kim K, then it doesn’t seem like he’ll be getting it back anytime soon. Kim and her lawyer, Laura Wasser, are still trying to get the divorce finalized — and they were seen trotting off to court earlier this week in attempts to get it done, signed, and over with. But Kris doesn’t want to just sign the dotted line. He wants court drama.