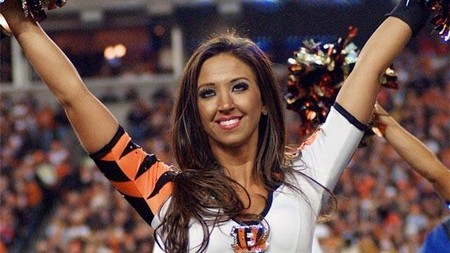 Talk about the pathetic ethical standards of TV entertainment and you typically think about shows like the Teen Mom series, Here Comes Honey Boo Boo, or the true bottom of the barrel, the Kardashian franchise.  But a GLOBE story in this week’s November 12th print edition on how a perverted teacher turned her crime of sleeping with an underage student into a golden TV opportunity trumps them all.

GLOBE exposes how mercenary producers are trying to turn the perverse criminal lifestyle of Sarah Jones, who seduced her under-aged student, Cody York, into a reality TV hit!  In an article entitled ‘Kinky Teacher Gets Own Reality Show!’ we learn from TV insider Stewart Eller how the search for profit in the absence of any regard for ethical or moral values is undermining the American television and entertainment industry.  As if we didn’t already know?  Sure we knew – we’ve seen the most disgusting people glorified and ‘reconstructed’ before our unbelieving eyes. Just as long as they can bring in the dollars there is no behavior too despicable for Hollywood.  Whether it’s Chris Brown or Kristen Stewart  – be it Charlie Sheen or Britney Spears,  Woody Allen or Roman Polanksi, all is forgiven and forgotten as long as producers can earn enough money with these people.

Here is an excerpt  from the GLOBE article: Proving crime really does pay, the Marriott Cincinnati Bengals cheerleader who scandalized the nation by confessing to an affair with her high school student, is brazenly cashing in big time with her own reality TV show.

“This is an absolute disgrace,” TV insider Stuart alert tells GLOBE. “This woman is being rewarded for sickening actions the producers should be ashamed of themselves. “

According to the source the creators of Jersey Shore courted 27-year-old Sarah Jones, who finally admitted that she had sex with teenage football player Cody York while she was an English teacher at Dixie Heights high school in Crestview Heights Kentucky. She was sentenced to five years of probation but won’t have to register as a sex offender.

“A lot of people are going to be outraged when they find out she’s getting a show,” says a source.

“She’s totally cashing in on her crime-and I’m pretty sure that if it was a 27-year-old man who had pleaded guilty to having sex with a 17-year-old female student, he wouldn’t have been given a TV show!”

GLOBE has more details on this bad choice by TV execs in the November 12th print edition along with some shocking revelations in great articles about some major celebs.  Always look to GLOBE to expose the truth and reveal the inside story.  I insist on staying well-informed and entertained so this is why I make GLOBE my choice for assured reading pleasure each week.