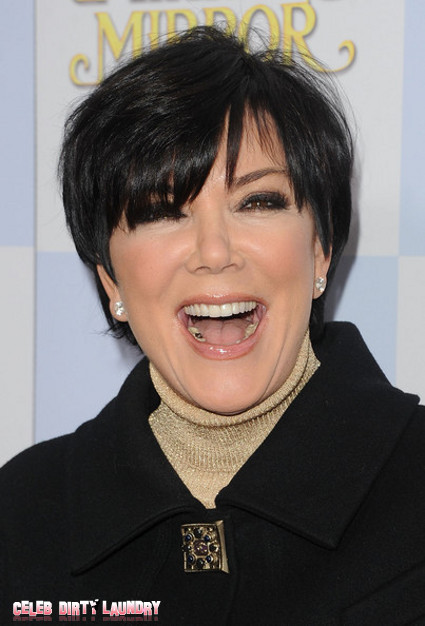 Kris Jenner recently admitted to an affair in her tell-all biography. On Sunday night’s episode of Keeping Up With The Kardashians, Kim and Kourtney discuss their mother’s affair which she had two decades ago, whilst still being married to Robert Kardashian.

In the biography, Kris admits to having an affair with a man called “Ryan,” who was 10 years younger than her. Todd Waterman came forward in January and revealed himself as the infamous “Ryan” and described his relationship with Kris as “magical” and “surreal.” Todd recently revealed in an interview that he “remembers the good times” and that he would “go to a George Michael concert” with Kris, “partying with George Michael and Billy Idol in the backyard afterwards”. He also revealed that Robert Kardashian knew of the affair and when they played tennis, “Robert was just calling out foot fault while I served. He was trying to throw my game.”

Todd also reveals how Robert tried to hunt him down, “So we’ve got this little high speed chase going on at rush hour and I’m in a Jeep and he’s trailing me and he’s trying to overtake us.” According to these revelations, it seems that Robert Kardashian knew about the affair and acted out upon it. The biggest revelation of all is that Kris and Todd continued their sexual encounters when she was with Bruce Jenner saying they were “still sleeping together when she had starting dating Bruce.” He implicitly implies that they weren’t dating, stating, “I wouldn’t say we were dating, we were still communicating.”

Robert Kardashian was allegedly distraught when he found Kris and Todd in a loving embrace, affirming his suspicions of the illicit affair. He even discussed the affair in the divorce papers. Kris and Robert divorced in 1991 and Robert passed away in 2003 from cancer, after having a prolific career as part of O.J. Simpson’s legal team.

Kourtney Kardashian had to receive therapy for the secret which was threatening to tear her and mom Kris’ relationship apart. Kourtney told The Daily News, “It was affecting my relationship with her and how I was treating her. I decided I wanted to go talk to my therapist about it. That’s what you’re seeing, when I was talking to my therapist about the situation, so I could talk to my mom about it.” Kourtney was allegedly furious with her mother for revealing the secret in the biography and things seem to have been repaired since the episode was filmed several months ago.

Does Kris have any right to reveal the affair in her book without discussing it with her daughters first? Do the Kardashian daughters have a right to be infuriated? Is this too much too soon? We shall see whether the Kardashians’ fairy tale life truly becomes affected by this. The question remains unanswered: When should reality become a television show and when should the cameras be shut off?