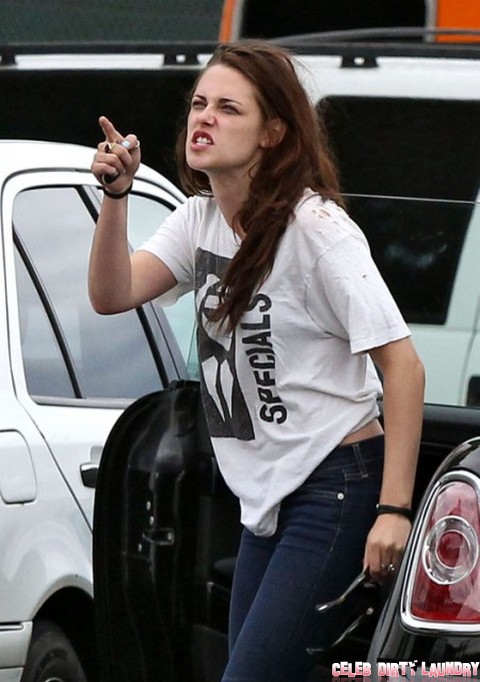 There are only a few more days until Christmas so Santa and the elves are most likely doing a final check of their Naughty and Nice lists.  With all the drama this year Santa’s Naughty list is going to be filled to the brim with celebrities.  He’s definitely got his work cut out for him.  Here is who I think will make the final cut.

1. & 2.  Courtney Stodden and Doug Hutchison:  Why?  Seriously, you have to ask why?  Here’s “Dourtney’s” story.  In May of 2011 the couple made headlines when Courtney, then 16, and Doug, then 51 were married.  “Married?  Yes, married” (“16 Candles” reference for you youngsters).  He’s the epitome of a pedophile.  Just because you got Courtney’s parents permission to marry the child bride does not make your marriage okay.  Her own mother has recently said, “Courtney is a victim of her own beauty.”  OMG!  Mother of the year.  As for Courtney,  she leaves me ALMOST speechless.  On this past season of Couples Therapy on VH1, this little girl’s nakedness bothered everyone on set so much that she was actually evicted.  She just wanted to be able to express herself and be her own person.  Wow!

3.  Amanda Bynes – She may be 1/2 Catholic and 1/2 Jewish, but Santa is still watching.  I haven’t yet decided if this girl is still being a comedienne or if there is truly something wrong with her, be it mentally or a substance abuse problem.  From her many vehicular escapades to claims of talking to herself in a Home Depot and walking around naked in a tanning salon; this one is definitely on the naughty list.  “Devil child, devil child, devil child,” indeed.

4.  Lindsay Lohan – Lindsay is a spoiled brat who will never grow up or take responsibility for her own actions.  This dumb broad gets in a car accident, when she’s not even supposed to be behind the wheel, and then has the balls to put the blame on her assistant.  Now, her crazy antics and lying to cops have her in the hot seat with the law.  The judge better throw the book at her.  If she/he lets Lindsay slide this time, I will still take comfort in knowing Santa will leave her a lump of crap in her stocking.

6.  Chris Brown – Apparently forgiven for the beat down heard ’round the world, Chris was back to being his douchey self.  Why did he make the naughty list?  I’m actually a little on the fence about this one.  Mr. Brown has got game.  Who else could break up with one girl and admit to the world that it is because he loves both her and his ex?  Who else could then continue to screw both of them at the same time without a care in the world?  Who else could humiliate a superstar like Rihanna and have HER crawling back to HIM?  Naughty, naughty, Mr. Brown.  I like it.

7.  Katt Williams – What the hell is his problem?  This fool has pulled a gun on Faison Love (I know Big Worm did not let a little Katt punk him like that), he has hit an audience member in the head with a microphone like it was a whip, he has cancelled his concerts only 15 minutes before show time…just because he can, and he slapped the hell out of a defenseless Target employee.  Katt Williams is going to be on the naughty list for a VERY long time.

8.  The A-holes who made people believe the World was ending today. –  I get it, the jokes on us.  But not really, because you are the ones who will be left with a lump of Mayan calendar in your stocking this holiday season.

9.  Kristen Stewart – After being caught making out with her Snow White and the Huntsman director, Rupert Sanders, Kristen faced a massive backlash from her fans.  She managed to brand herself a home-wrecker and trampire in one afternoon “cuddle” session.  But come on Kristen.  You had everything, including your man, Robert Pattinson, wrapped around your finger and eating out of your hand.  What the hell were you thinking?  Who cheats on Edward Cullen?  I mean, seriously?  Santa, I checked you list for your more than twice and Kristen Stewart needs to stay on your naughty list.

10.  Brooke Mueller – The 19th time is a charm.  Brooke, the ex and baby-mama to Charlie Sheen, fell off the wagon for the 19th time and had to head straight to rehab after what she claims was an overdose of Adderall.  And who was watching your twins, Bob and Max while you were almost killing yourself?  Naughty list!

Well, boys and girls, did you make the naughty list or the nice list?  You’ll soon find out.  I hope your holiday season is filled with presents and cheer instead of depression and coal.