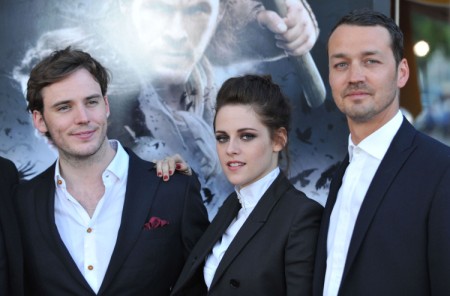 Some thought a very important name was left out of Kristen Stewart’s apology yesterday to Robert Pattinson. Kristen failed to mention the hurt and embarrassment she caused Rupert Sanders’ wife, and mother of his two children, Liberty Ross, when she groveled through her statement to People magazine but sources say she plans to make up for the slight and ask for forgiveness in a private note.

“Kristen didn’t feel it was appropriate to issue a public apology to Liberty once the story of her affair with Rupert broke,” a source told Radar Online. “Instead, she’s going to do the decent thing and write Liberty a private letter expressing her deepest regret for her actions. She was thinking of including Liberty, Rupert and the kids in her public apology – but Kristen was so desperate to save her relationship with Rob she decided to concentrate on that first. Kristen feels she made a terribly naïve mistake and will do anything to make amends. The fact that Liberty and Rupert have two kids has now dawned on her and she feels awful for what she did.”

Can you imagine if she would have mentioned Rupert’s children? That would not have went down well AT ALL.

But listen, we can rag on Kristen all day long. She made a sh-tty decision and could have broken up a marriage. The problem I have is that she’s coming off much worse than the douche Sanders who’s 20 years older than her. She’s only 22! 22-year-olds make a lot of mistakes. At least she’s owning up to hers. I appreciate that. She’s not trying to lie or pay her way out of the situation (although I did hear she tried to weasel her way out of the whole thing by pleading with the photographer not to release the photos) but I would have done that too. Who wouldn’t have?

Liberty’s probably going to tell Kristen to shove the letter in a very descriptive place but that’s not Kristen’s problem. She just needs to apologize. She needs to take ownership and that’s what she’s doing. And I like that it’s private, unlike the whole Rob apology. That was to keep the Twihards at bay and the Twilight producers from killing her. It was forced and embarrassing for everyone – especially Rob. Kristen already humiliated Liberty once. If she mentioned Liberty in that statement, she would have been humiliating her all over again and she owes Liberty so much more than that.

What do you think about Kristen reaching out to Liberty? Do you think it’s the least she can do or should she just stay away and keep her distance?