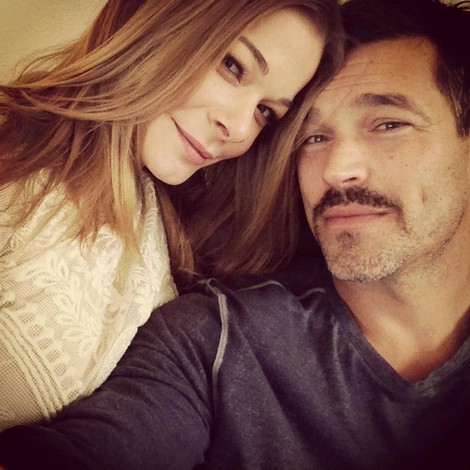 2012 was LeAnn Rimes’ annus horribilis. She’s been teetering on the brink of extinction for the past few years, but she’s somehow managed to keep head above water and win over critics a sad song and scandal at a time. However, during last week’s X-Factor USA finale, Rimes damaged her career beyond repair when she appeared in a finale duet with Carly Rose Sonenclar. During this performance, Rimes appeared intoxicated and/or mentally unstable, and consequently cost Carly the final prize. Rimesgate placed the country singer in a sordid spotlight kept for her anti-climactic return from obscurity. Unfortunately, her anticipated return to the music scene is currently being marred with gossip mongering and over-analysis.

According to latest reports, Rimes’ new single, “Borrowed”, spreads commentary on her relationship with Eddie Cibrian. The lyrics contain vague references to Rimes and Cibrian’s fiery love affair when they were still involved with their respective partners. She sings, “I wanna hold out, but I hold on, even though I know it’s wrong. Cause I don’t want to give you back, you’re the best I ever had – but you’re borrowed.”

After the scandalous X-Factor finale, Rimes told Extra, “I carried that song and that title around with me for about eight months. I was afraid to write it because I knew I had to be incredibly personal… When I did, it was through a lot of tears.”

The reason Rimes kept the past in the past for eight months, was out of fear that Cibrian – although supportive – wasn’t going to approve of her bringing out their inner-turmoil in a song. She added, “I actually was scared to put him in the song, because it does talk about how we both hurt each other. There was a moment where we did have some hurt between the two of us that we had to accept and get over and move forward.”

We wonder if Brandi Glanville – Cibrian’s ex – sees him as being lent to Rimes. Let’s all scream laugh and cackle like lunatics behind trees, because Rimes is about to be given a beat-down by her critics.