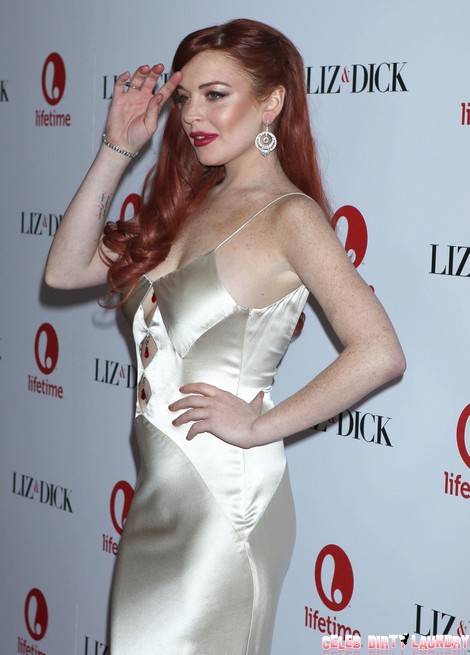 The breakdown of Charlie Sheen will be making VH1 countdowns for decades. It was impossible to look away from—a perfect collision of drugs, porn stars, alcohol abuse, public drunkenness, and use of social media. We got an inside look at the undoing of one of the highest paid stars in TV history. I thought that Charlie would disappear from the face of the earth after that, but he has actually stayed on the radar and seems to be doing pretty well—by his standards. But the former Two and a Half Men star is still looking to fill a void: the goddess void.

After his crazed episode, Charlie found himself goddess-less. But the position may be soon filled; National Enquirer reports in the print edition that Charlie “is in hot pursuit of Lindsay [Lohan]. He wants her to be his new goddess.” This could actually work well for Linds—she is pretty sexually promiscuous, abuses all the same drugs, has a killer body (so long as you don’t look at her face, which has been left all-but immobile from the substance abuse), and daddy issues! That’s got to add up to a freaky, cult-like sexual affair with a man twice your age!

The source explained, “Charlie has a soft spot for lost causes, and with all her problems—not to mention her latest arrest—Lindsay certainly qualifies. Charlie believes in second chances—and Lindsay is smokin’ hot!” The pair worked together while filming Scary Movie 5. Charlie’s role took only a day to flim, so he donated $100,000 of his $250,000 check to Lindsay to help her pay off her back taxes. The rest he split between three charities, which is nice. Charlie is clearly trying to set himself up as the dependable and flush guy who can solve all your problems. We thought Lindsay would find that in a lawyer, but this works too!

Since Charlie’s day on set, he’s “been showering Lindsay with gifts and bombarding her with e-mails and phone calls, and Lindsay’s loving it! She’s always wanted a sugar daddy, and a romance is blooming.” I know it sounds crazy, but I totally believe Lindsay would do that! She is so desperate for love and attention that Charlie is probably looking really good right now. And that he is seriously loaded and super generous is just icing on the cake! Now, if she agrees to be his goddess, I wouldn’t expect her to tell us the raunchy details like Bree Olson did after their split. Do you think Lindsay would go for Charlie? The only way to answer that is by trying to forget how cute she was in The Parent Trap! Could Lindsay be a goddess at heart?