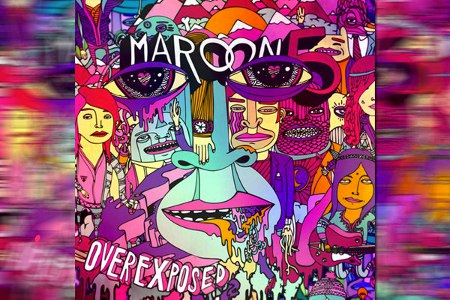 Maroon 5 singer Adam Levine gives us a behind-the-scenes look at what went down on the explosive, and totally epic, set of the “Payphone” music video. There’s lots of fire, there’s lots of steamy action, and, oh yeah, explosions!

This footage has just been unveiled and covers most of the action sequences featured in the music video, and it even features Adam Levine running from the cops after a bank robbery as well as him hijacking Wiz Khalifa‘s set of wheels. “It was one of the coolest, most fun experiences I’ve ever had in my life,” Adam Levine says when asked what it was like working on this intense music video.

It won’t be long before Maroon 5’s highly anticipated new album Overexposed will be released. The album debuts on June 26 and the band will make appearances on Live on Letterman and the Late Show on June 26th, Late Night with Jimmy Fallon on June 28th, and the Today Show on June 29th! Hopefully Adam Levine will be able to contain his douchebaggery during those appearances — it’s a long shot, but we can hope, can’t we?

Maroon 5 has also teamed up with Foursquare in what looks to be a fantastic contest! The exciting new promotional tool involves actual payphones! Fans can check in at one of the special Maroon 5 Payphones around the US to get a free “Payphone” remix and be entered to win some great prizes. To check out the awesome contest head on over to the Check-In & Win tab on the band’s Facebook page. Or you can search “Maroon 5 Payphone” in the Foursquare app on your mobile phone to find a payphone near you! I just check it out on my Foursquare app and it seems like a contest with a fantastic premise!

Check out the behind the scenes video of Maroon 5 and then, after, watch the final music vid for “Payphone!”