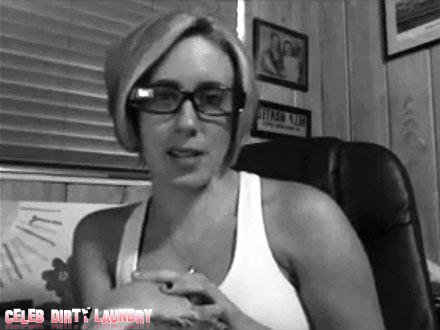 It sounds like the most hated women in America has a soft spot in that black little heart of hers after all.  Acquitted baby killer, Casey Anthony is said to be contemplating a return to the Florida home that she once shared with her parents Cindy Anthony and George Anthony, as well as her murdered daughter, Caylee Anthony.  Casey’s estranged mother has been caring for Casey’s dying grandmother, Shirley Plesea, in the family’s home. The 85 year old is gravely ill with terminal cancer and is said to have maintained a close relationship with Casey.

“Family members said Casey would want to say a final goodbye to her grandmother and would break cover to come out of hiding and pay her respects.  Casey has been in hiding after receiving numerous death threats after walking free from court. Family members said she has been in contact with her mother and was aware of her grandmother’s illness. Dan Plesea, Casey’s uncle, told Mail Online: ‘Cindy does know Casey’s whereabouts. They are in contact. I am not saying anymore.’

Casey may want to slink out of the shadows to see her grandmother but the thought of her returning to the neighborhood where she killed little Caylee sure isn’t sitting well with her neighbors. The thought of her being amongst them is bad enough but they also want nothing to do with the media circus that she will inevitably bring with her.  A baby killer basically returning to the scene of the crime for any reason would be an unwelcome slap to the face for this quiet community.

Will Casey put someone else first and make that trip back to Florida or will she wisely stay in hiding?  Tell us your thoughts in the comments below!