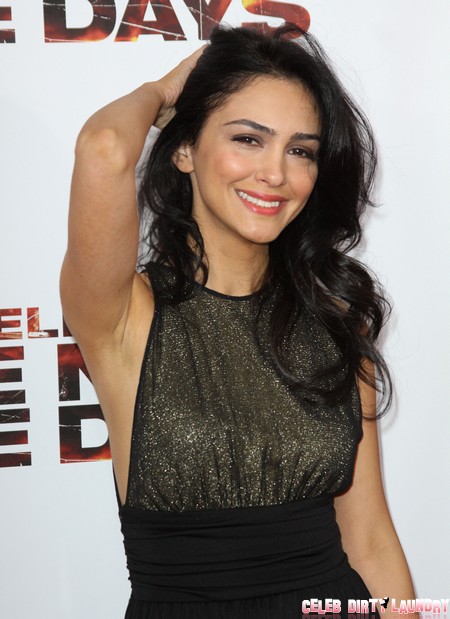 Tom Cruise and Katie Holmes may have settled things amicably but the Scientology bombshells just keep coming anyway!  This week, Vanity Fair dropped an explosive story claiming that Tom Cruise does indeed audition potential wives, with the help of fellow Scientologists who of course know what’s best for him.

An Iranian born model named Nazanin Boniadi thought she won the jackpot back in late 2004 when she was hand picked to date Tom. She fell hard and fast but he back pedaled away from her within a few months and Naz did what any scorned woman does, she ran her mouth to anyone that would listen. According to Radar Online the longtime Scientologist was severely punished for bad mouthing their biggest (money maker) star,

“Naz had a breakdown after her breakup with Tom Cruise, partly because of the punishment she endured,” a source tells Radar. “She was forced to clean toilets with a toothbrush at the Church of Scientology headquarters in Florida amongst other chores. Naz worked 10-15 hours a day and was told she was being punished for talking about her relationship with Cruise.  “She fell very hard and very fast for Tom, but he just grew bored with her and moved on. However, Naz wasn’t able to do that and when she was finally released from her punishment at the Church of Scientology she didn’t know what to do and she was just absolutely lost. Naz had a total and complete breakdown. Naz’s mother, who was also a member of the Church at the time, recognized her daughter was in trouble and needed to get immediate mental health attention. Her mom truly saved her daughter’s life.”

Acclaimed writer/producer Paul Haggis left the cult back in 2010 and he actually spoke out about the treatment of Naz saying,

“I was deeply disturbed by how the highest ranking members of a church could so easily justify using one of their members; how they so callously punished [Boniadi] and then so effectively silenced her when it was done. It wasn’t just the threats; they actually made her feel ashamed, when all she had been was human and trusting,”

After her breakdown Naz quite obviously stepped away from Scientology and now leads a private life. Why does this group exercise so much control over otherwise smart people? What do you think it is that sucks them in, in the first place?

Any guesses as to who will audition for one of the worst roles ever- Toms’ next wife?  Tell us what you think in the comments below!