BY Newsbylisa on May 24, 2012 | Comments: Leave Comments
Related : Basketball Housewives 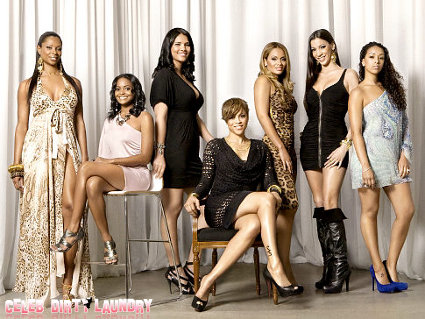 While the VH1 series Basketball Wives is gearing up for the end of this season, rumors regarding next season have already begun to circulate.  Allegedly, according to sources, sponsors for this show have been pulling out.

Burger King and Summer Eve are reportedly pulling out and do not want any of their advertisements to be aired while this show is on next season. It has also been reported that Subway is soon to follow. Now, remember chicas, this is pure rumor — nothing has come out formally.

Sources also say that the reason this is happening is because these companies do not condone violence, profanity, and fighting. They do not want their products to be associated with that type of behavior, which is definitely depicted on this show.

Hmm . . . This not the first time I have heard this rumor so we’ll have to wait and see what becomes of it. If the rumors are true I can’t say that I blame them. Who wants to associate a Burger King hamburger, which is family friendly, with fighting and profanity? I’m sure Shaunie O’Neal can get other sponsors because the show is popular and people are watching it. I really find it hard to believe that they will not be back.   Get other sponsors.