Lindsay Lohan In Trouble With The Tax Man Again 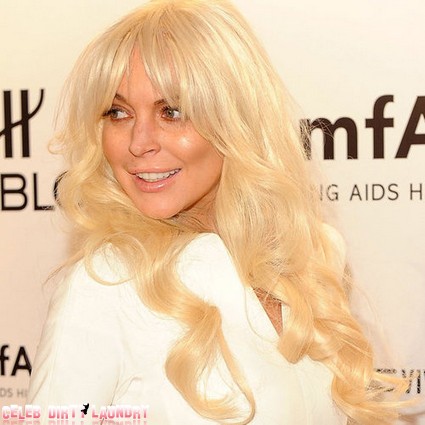 Does Lindsay Lohan look for trouble or does it just follow her around? After a relatively uneventful couple of weeks our favorite jailbird and Playboy playmate is back in the headlines. This time for giving the tax man the slip.

According to TMZ the out of work actress owes Uncle Sam some money. It’s not the first time the Authorities have come knocking on Miss Lohan’s door looking for their pay check. They know each other quite well. This time she’s been busted for not paying Federal income taxes for 2010. The outstanding amount clocking in at $140,203.30.  That’s according to documents filed yesterday in LA County.

LiLo has had a rocky relationship with the tax man for some time. The star of Herbie Fully Loaded got into trouble for not paying tax on her 2009 income. That tax bill was worth $93,701.57. Lindsay blamed her accountants that time around. Will she trot out the same excuse now or take responsibility?

We all know the one time movie star is severely cash strapped these days. Times are tough after numerous run ins with the law. Working at the morgue doesn’t pay the bills because that’s part of her court ordered community service. Then there’s the hair extensions, trips to the tanning salon  and dental work to fix her stained teeth. It costs big bucks to look this cheap!

On the bright side – Lindsay may have a better income to report in the next financial year. She’s been linked to an Elizabeth Taylor biopic for Lifetime. She needs the job and she definitely needs the money.