Randy Jackson Back As American Idol Judge, Enrique Iglesias Out 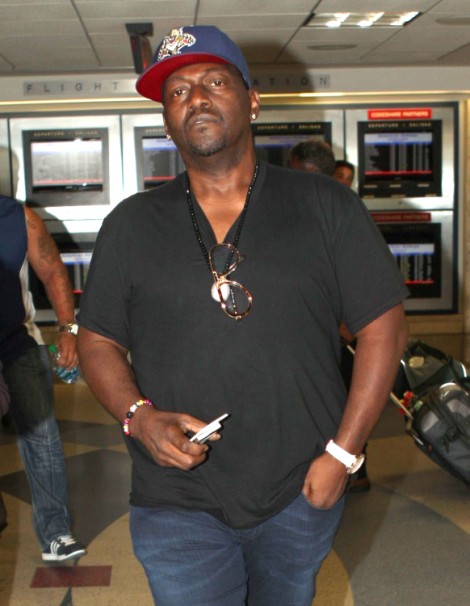 Well that didn’t last long did it? Just weeks ago long-time American Idol judge, Randy Jackson, agreed to step down from the panel that made him a household name and limit his duties on the struggling reality show but that was when Idol had confidence it could find someone to replace him. Now, with only one confirmed judge and a looming deadline, American Idol producers are freaking out over asses in the seats and have asked Randy to stay on board.

Hollywood Reporter reports Enrique Iglesias was supposed to join Mariah Carey as well as Keith Urban and Nicki Minaj on the judges’ panel but his contract fell through. HR writes: “But now Fox, producers FremantleMedia and 19 Entertainment are said to have abandoned that scenario in favor of returning Jackson to the judges panel. It’s not clear what derailed the Iglesias plan, though money always is an issue with talent show judges. The current plan, according to the source, is to announce an Idol judges panel of Carey, Minaj, Urban and Jackson in time for the show’s on-site auditions, which start by the end of September.”

I can just here Al Pacino say, “Just when I thought I was out… they pull me back in!”

So there’s your four judges. What do you think? I actually don’t think it’s all that bad. Those are all huge, current names and Randy helps the viewers acclimate to the transition. His presence provides some semblance of consistency in a show that has come across looking pretty desperate lately. A few months ago I was excited for the rabbit American Idol producers were going to pull out of their hat. People like Charlie Sheen and Adam Lambert taunted us with their over the top behavior and sure to entertain shenanigans. But then nothing happened. Instead we got Carey, Minaj and Urban and more Jackson. That’s not necessarily a bad thing. I just can’t help but feel slightly underwhelmed. And I wonder if AI is embarrassed. It kept trying bless its heart.

How much do you think Mariah loves this scenario? Her huge paycheck is probably the reason Enrique couldn’t make it work. So now there’s one less superstar on the panel. I think Mariah can live with that! Oh, if only Minaj wasn’t so cheap!

What do you think of the news that Randy Jackson is back on America Idol? Would you have preferred Enrique or do you think Randy can only help smooth over all the changes this year?