Real Housewives Of Miami Star A Hooker? Joanna Krupa Fights Back Against Allegations 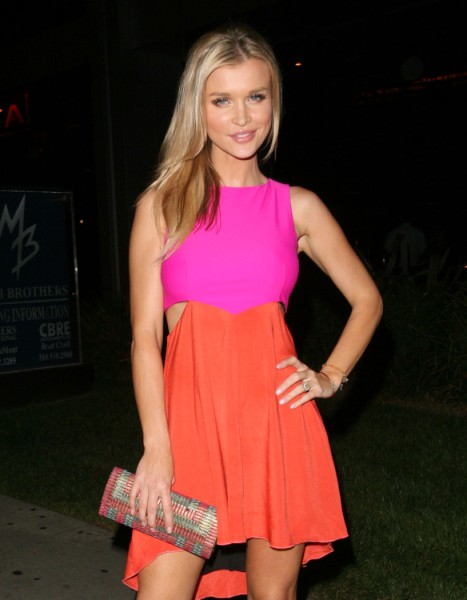 Real Housewives of Miami newbie, Joanna Krupa, is quickly experiencing the dark side of her fifteen minutes of fame. The model and former Dancing with the Stars contestant is fighting back against rumors than when she’s not breaking down on camera and showcasing a truly disturbing crying face she’s actually a high-priced hooker. Joanna Krupa (allegedly) gives it up for $10,000 a pop. That’s nothing! Remember how much that Chinese actress got paid? Homegirl needs to bump up those prices. She’s not just a model anymore. She’s a reality star!

But alas, Joanna is not letting her reputation walk the streets so easily. According to TMZ, Krupa is threatening to file a lawsuit against Nik Richie at TheDirty.com for a story entitled, “Joanna Krupa Is a Confirmed Hooker.” It quotes a man who said he had sex with Joanna for $10,000 through an escort agency. The man added, “The Real Housewives of Miami’ should have done a better background check.” Why? Bravo knows stories like these are half the fun (anyone remember Danielle Staub?).

Richie is calling Krupa’s bluff and refusing to pull the story which makes me believe it’s true. If I actually liked Joanna on the show maybe I’d have more empathy for her but she’s annoying the hell out of me with all her hysterics. Besides, you hear that a lot of up and coming models resort to being call girls for awhile to make ends meet so I buy that Joanna did it a few times. The fact that the website isn’t cowering is a pretty good indication that it trusts its source. We’ll have to watch this story to see how it unfolds. Will Joanna just drop the charges and hope it quietly goes away or will her rich boyfriend Roman step in with all his money and try to salvage his fiance’s honor? After watching Joanna on that train wreck of a show I have a feeling this will not go quietly. Me thinks this one likes the attention in all forms.

So was she a high class prostitute? Joanna Krupa is challenging the story but is this a case of me thinks the lady doth protest too much?