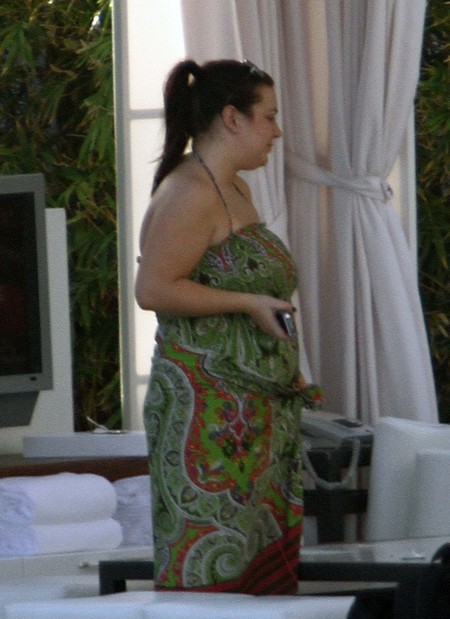 Caroline Manzo’s daughter Lauren Manzo has now admitted she had weight loss surgery. But earlier she said she was losing weight solely from dieting. Everyone who watches Real Housewives of New Jersey knows that Lauren has struggled terribly with her weight. In recent photos Lauren looked like she has lost some weight and has now owned up to the cause.

Turns out that on September 21 Lauren had the lap band surgery – if you follow the show you know her dad, Al Manzo, had the same procedure a few years ago.  Lauren said her motivation for having the lap band procedure was because she was tired of being depressed and having cyber bullies call her fat and ugly and gross.

Lauren didn’t want to tell anyone at first especially her fans she felt like she was letting them down. Since the surgery she’s changed her eating habits she’s already lost 30 pounds and has another 35 to go by the end of the summer Lauren wants to wear a bikini. She’s never wore one before.

Lauren felt pressured when the show came out because it made her look so big. Which made her depression worse.  Lauren also said when people say the camera adds 10 pounds they really mean 800.

Lauren said her boyfriend of 3 years wouldn’t care if she gained 80 pounds. Lauren never knew anyone could love her as much as Vito Scalia does.  Her weight goal Lauren set is 120 pounds. Lauren said It’s always helped her that her mother’s been brutality honest with her with everything including her weight struggle.

Lauren had tried several other weight loss programs including Jenny Craig and Weight Watchers and with having little or no success.  She’s always had the support of her family behind her.