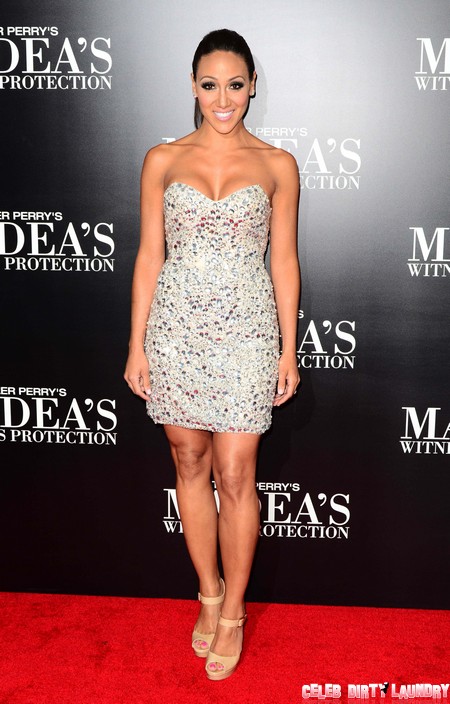 Could this be Teresa Giudice’s final attempt to reveal and revile Melissa Gorga’s shady past? She wants the world to know that her sister-in-law was allegedly not only a stripper but also a thief!   According to court records obtained by RadarOnline, Melissa was arrested on July 16, 1997.  In the court record it states the then 18-year-old Melissa Marco, was taken in for “retail theft” in Palm Beach County, Florida.  Melissa was caught shoplifting at a department store named Burdines and was released on $1,000 bail for her first crime.

Not only was Melissa booked she also has a warrant out for her arrest since she failed to appear for her arraignment on October 6, 1997, so the case is still open according to Kathy Burstein, the primary media contact for Palm Beach Clerk & Comptroller’s Office.  With that being said, if Melissa goes back to that part of Florida, she can be technically arrested.

With this new and useful information, could Theresa finally show her younger brother, Joe Gorga, that the woman he married isn’t who she says she is?  Well it seems that Teresa is determined to dig up thirty-three year-old, Melissa’s past and show her true colors and stop at nothing to achieve that. Their sister-in-law bond has been broken and most likely will never be repaired.

Melissa also stated at last Sunday’s Real Housewives of New Jersey Reunion Part 2 that she purposely moved away so she wouldn’t have to live near Teresa or her children. Or did Melissa really move because she is threatened by Teresa, who is uncovering her scandalous past?  Only time will tell OR until a new story is released. Melissa Gorga’s rep did not respond for comment