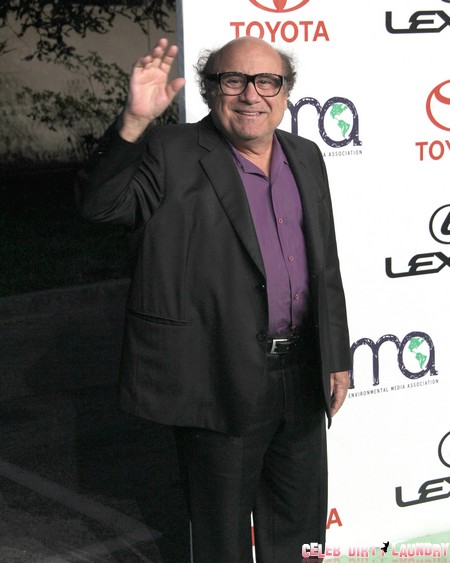 The most loveable two people since Butch Cassidy and the Sundance Kid separated after 30 years of marriage. Danny DeVito and Rhea Perlman ended their lifetime of a relationship! Yes, dear readers, as with everything in life, this too has come to an end. Every living person on the planet is asking why the “short people” broke up? Don’t fret, because the trusty National Enquirer (and Celeb Dirty Laundry) have the answers! According to one of those sources you wish you had as a friend, “Rhea had hoped they’d spend their golden years enjoying long trips together, being with gamily and doing an occasional film or stage project, but now she has decided to start a new live on her own.”

Sorry, what? Didn’t she just say- Golden years- What? Ironically, it is never really sunny in Philadelphia, because according to the sources, it is indeed Danny’s hit show “It’s Always Sunny In Philadelphia” that caused the miserable two to part ways and find their own yellow brick roads.

Surprisingly, Danny also has an eye for the ladies! We hear you say, “Hey Celeb Dirty Laundry, the dude’s 67-years-old, what ladies are you referring to?” Well, ladies in the form of his daughter Lucy DeVito’s friend. Yes, you heard right! Danny seemed to have walked straight out of the “creepy dad watching friend” booklet we found at the sex clinic. Allegedly, the workload and the wandering eyes frustrated Rhea to the point of no return, but the final straw that broke that lovely camel’s back was Danny’s short West End London stint as one of the characters in “The Sunshine Boys”.  We don’t think the split came from Rhea’s side, in fact, we don’t think the split came from either side. We blame that damn burning ball of gas we call the sun. It’s either always sunny in Philadelphia, or it’s the sunshine boys singing songs on the West End stage.

Nah, we actually do blame Danny. He might be adorable and cool, but checking out your daughter’s best friend is beyond creepy. Kick us in the face and call us damned, but 30 years is a pretty long time to waste on a Slushy sucking girl that isn’t even as old as your marriage. What do you think readers? Let us know in the comments below.