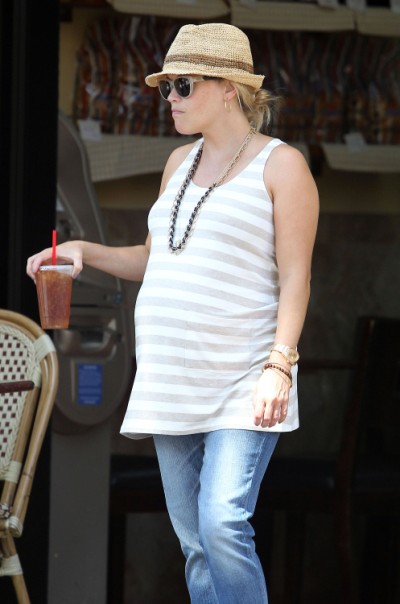 In all fairness to Reese Witherspoon, she’s probably up and down right now because she just pushed a watermelon our of her body and hasn’t had a good night’s sleep in a few weeks. That’s enough to make me hate the world let alone Kristen Stewart.

But that’s what’s happening! Kristen and Robert Pattinson are back to looking crotchity together in public and now all the people that were whispering in Rob’s ear to stay away from her are left feeling awkward, embarrassed and annoyed. That’s why friends should never give their real opinions until you know that shit is over for good.

“She sees Rob as a brother and wants him to move on. Infidelity rumours broke up her marriage to Ryan Phillippe – it’s inexcusable for her,” a source told Now magazine. “Reese is relieved she hasn’t been asked to comment because her anger could boil over. She wouldn’t have loaned Rob her ranch if she’d known he’d use it for the reunion.“

First of all Reese, let’s settle it. Rob is no Ryan Phillippe and I’m not quite sure if that’s a compliment or not yet. If we’re talking Ryan circa Cruel Intentions/I know What You Did Last Summer then it’s definitely not a compliment to Rob. Ryan eclipses just about everyone at that point. But if we’re talking the Ryan Phillippe now who knocks up young chicks and trolls clubs looking for blond 20-year-olds and can’t get decent work because refuses to age or stop tatting up his body then that is a compliment. Rob is so much better than that – flat face and all. Regardless, give him a break. Rob took Kristen back (allegedly). He doesn’t need you going into super mom mode. We all know you left your cheating spouse. We all know you’re female strong but let’s let the kid figure shit out on his own for awhile and just enjoy having his girlfriend back. Just play with your Kate Middleton onesie and dream of your son marrying into the royal family. Prince Tennessee – oh, yes, it has a ring to it. Let’s not pretend Reese isn’t thinking about that when she’s not washing the oily pillow cases that Kristen used when she was over reconciling with Rob.

Is Reese Witherspoon furious to see Robert Pattinson and Kristen Stewart together, you think? Does she have a right to be?