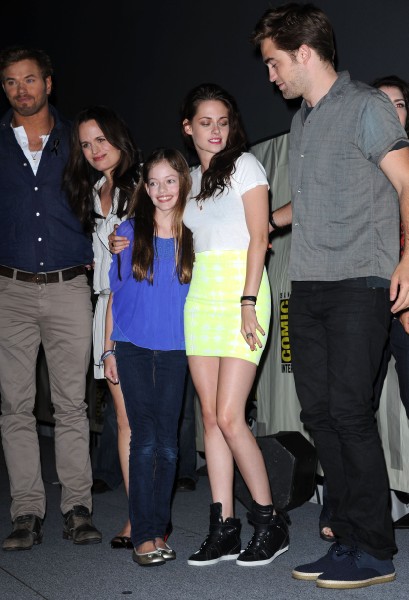 Robert Pattinson is finding out the hard way that forgiving is the easy part, forgetting is a whole other matter. Even while reports file in today that Rob and Kristen Stewart have managed to patch things up and reunite for old time’s sake, Rob’s still having a difficult time getting over why Kristen needed to make out with that nasty 40-year-old, Rupert Sanders, in the first place.

The media has exhausted all the whys and probably given Rob plenty food for thought. Was it the demise of her own parents’ marriage that made Kristen want to act so recklessly? Was she bored with Rob and afraid for their relationship post-Twilight? Or, in her own words, did she just want to feel out of control. Whatever it was, that feeling has passed and Rob has accepted her back but do you think he’s worried those old, ugly feelings will resurface again? Hate to be all Dr. Phil but Rob’s got to know that if doesn’t solve the root of the problem with Kristen then she’ll probably cheat again. It’s just what happens, and in Kristen’s case, it happens a lot. So that’s my Chicken Soup For The Soul of the Day.

But I like where Rob’s head is at. He needs to keep confronting Kristen over what she did. If they fight then so be it. But she can’t get away with “It was stupid and it didn’t mean anything” because it obviously did. If he just takes her back with that lame ass excuse then he deserves to get cheated on again. And don’t you think he deserves the truth no matter how sh-tty it is? If they’re going to make this work then it’s going to get a whole lot worse before it gets better but that’s what makes it worth it, right? But then he has to let it go. If she comes clean, he has to find a way to move on. I’m telling you. It’s way harder than forgiving someone!