Did Rihanna and Chris Brown Spend 20 Minutes Having Bathroom Sex? 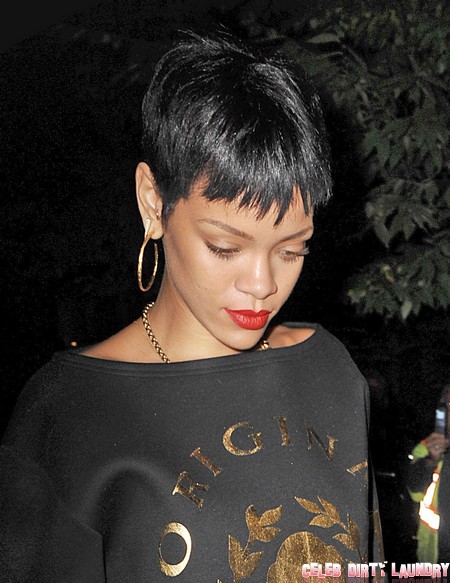 Anyone who’s ever been clubbing knows that a trip to the bathroom isn’t to address the plumbing, well the building’s plumbing anyway! They were hugging and kissing inside the club on Monday night then Tuesday Chris’s seemingly clueless girlfriend Karrueche Tran tweeted how she just got roses, candy and a teddy bear from Brown. Talk about thinking ahead to damage control! Brown wasn’t leaving anything to fate.

Rihanna and Chris’s night of passion didn’t stop at the club as the two made their way to her hotel after that. You just can’t help feeling sorry for his unsuspecting girlfriend. Is he making a fool out of her or what? Rihanna and Chris are well recognized celebrities and since they weren’t wearing disguises everyone in the club witnessed their passionate embraces. It stands to reason that this is going to make it into the headlines, so what was Brown thinking?

Karrueche was not aware of this yesterday apparently because the tweet probably would have mentioned squished chocolates, pieces of flowers and a teddy bear with a severed head. This is what most would do to a gift from a boyfriend that was out the night before living it up with an ex-love.

No, Karrueche’s tweet was with pride, like the “look at what he thinks of me” kind of pride. Since the story broke today, chances are the girlfriend is just getting wind of Chris and Rihanna’s night on the town. Maybe now that teddy bear is going to need some emergency care.