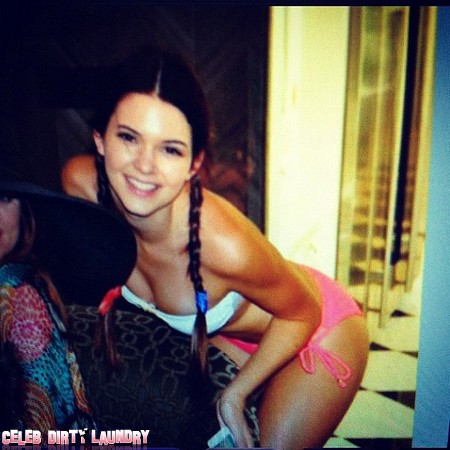 There is rivalry in Kris Jenner’s life as Twitter has determined that Kendall Jenner is more popular than sister Kylie.  If you’ve watched any of Keeping up with the Kardashians  (and I know you have!) you know that the family is tight.  Youngest sisters, Kendall and Kylie Jenner are no exception.  They seem to be connected at the head, nearly inseparable.  They even share a website.

One thing that these two don’t share is an equal amount of twitter followers.  Kendall, the older of the two, has over a million more followers than her sister.  She recently hit 3 million followers and of course, tweeted about it.  Says Kendall,

“Can not believe I’ve made it to 3 million followers. I truly appreciate all of you! Thank you so much for the support. I love ALL of you!”

Kylie is less popular but threw her support for her sister out there for all to see tweeting,

Congrats to my sister on 3million followers! AMAZING!”

There doesn’t seem to be much of a rivalry between these two, but then it’s hard to say if what we see is real.  Momager, Kris Jenner, attempts to dictate and orchestrate so much of their lives, you never know what’s real and what’s purposely for the rolling camera.  Kris has no problem exploiting the sexuality of her young girls.  But then again she had no problem marketing Kim’s sex tape with Ray J.

Do you like the Jenner sisters?  They can’t be worse than their half-sisters –  Kim, Kourtney, or Khloe… can they?   Bruce Jenner has already threatened to leave Kris over fears she is turning his daughters into famewhores.  Tell us what you think in the comments!