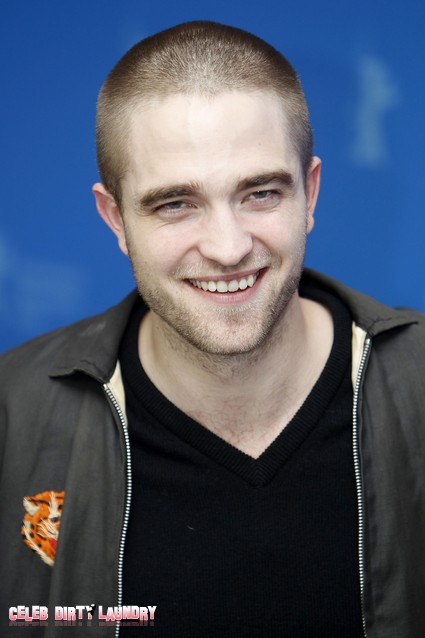 Robert Pattinson‘s dad, Richard Pattinson, wants to accompany his son to a sex club. Robert is starring in the newly released ‘Bel Ami’ and the actor recently visited Berlin and was impressed with the city’s notorious sex club, the KitKatClub. In fact Rob was so taken with the place that he told his father about it and suggested they visit it together. No mention of bringing Kristen Stewart along though… .

Robert is of course currently dating his ‘Twilight Saga’ co-star Kristen and is close to his family and says they help him cope with the pressures of fame. Speaking to the Sunday Times Rob discussed several issues ranging from his ridiculously massive fame and it’s intrusion on his life to how surprised he is at how popular and immense the ‘Twilight’ franchise has become.

It’s hard to believe but Rob thought Twilight was going to be a ‘serious indie’ film:  Pattinson once claimed he expected ­Twilight to be a “serious indie” film, rather than a blockbuster franchise with fast-food tie-ins. He has also expressed a sort of ­ben­evolent envy at the way his co-star, ­Kristen Stewart — widely assumed to be his girlfriend, although he won’t discuss it — rose up through the indie ranks before her ­casting in Stephenie Meyer’s angst-soaked saga, whereas he is having to fit in his indies while already famous. “Nobody ever believes me about it, but I just didn’t see it as being this huge thing,” he insists. It’s the sequels he has found most difficult. “The whole point of the character is that he doesn’t change, but, after a while, you’re, like, ‘I’m running out of ideas here.’ There was one bit in the last film where he and Bella had their first argument, and I almost didn’t know how to play it, because it’s not like they’re going to break up.”

Rob is often overwhelmed by his fame – while he is very aware of what he has gained through Twilight’s success he also knows what this has cost him:

“It reminded me that, 10 years ago, even being the most famous person in the world, you could still have a house where people wouldn’t go and camp outside. I do everything to hide because, if someone finds out where I am, there are people outside 24 hours a day. And that’s what drives you crazy, because you can’t escape. It makes you not want to go out — then you don’t meet anyone and just get insanely bored.”

Still Rob seems to be a good sport about it all and relies on being around family in order to really be himself:  He hates complaining, though: “The pros outweigh the cons by a significant margin.” But it’s hard to think of another actor his age in a similar predicament — Zac Efron, maybe. To his credit, Pattinson doesn’t show his frustration in public, and is yet to succumb to Sean Penn-style meltdowns. When the pressure valve needs releasing, as surely it must, he rings up his parents, who still reside in Barnes, the riverside enclave of southwest London where he grew up. “They think I’m insane,” he says. “They are the only people I really let rip on — ‘I’m going to kill myself!’ My family all think I hate my job so much, but it’s just the boredom that gets to you.”

Well that is some of what Robert Pattinson has to say about himself. Many people would like to be in Rob’s position of being so popular and wealthy. Would you? Sound off in the comments below.