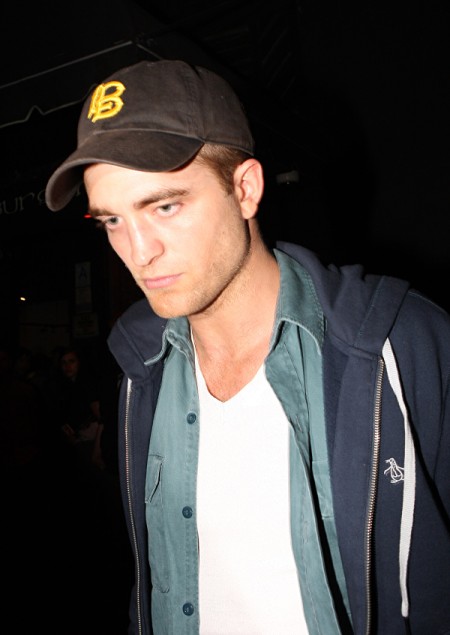 Robert Pattinson is still not convinced he knows everything that really went down in that mini cooper between Kristen Stewart and Rupert Sanders. Kristen says it was a one-time deal while others contend the affair went on for months. Pics of the make-out session convey a sexual familiarity but Kristen (and one friend) cry there was absolutely no P to the V. Who can Rob trust? Well, he thinks the other, other person in the saga, Rupert Sanders’ wife, Liberty Ross.

After Rob’s done beating the sh-t out of Rupert, he’s going to have a nice tea and chat with Liberty. “He needs to know for his own peace of mind if theirs was just a fleeting moment,” a source told The Mirror. “He hopes Liberty can help him find the answers he so desperately craves. Nothing is very clear at the moment but perhaps a meeting would lend some clarity to the situation. He needs to know the truth.”

But why does he think Liberty will be the one to give it to him? She’s been just as lied to as he has – maybe more so. And Liberty actually believes Rupert’s pathetic nonsense. Well, maybe she doesn’t believe him exactly but there are signs she’s not willing to lose her family over this whole sh-t storm. Rupert was spotted yesterday for the first time since the news hit and he was wearing his wedding ring. That’s either an indication the couple is trying to work it out or he’s foolishly clasping on to hope.

Rob’s sleuthing is making me nervous though. Some dudes would just leave after they found out their Missus was stepping out but Rob needs to know the truth. Why? She cheated! Does it matter if they bumped uglies with clothes on? The point is Kristen knew she was doing wrong, put on his Dodgers hat like some spy extraordinaire, and did the wrong thing anyway. Case closed. The fact that Rob is killing himself over the details only shows me that he wants her to be right. Rob wants Kristen to have only had that “momentary indiscretion” because that’s so much easier to forgive. He loves this girl. You don’t spent three years with someone and just learn to hate them over night although I think a lot of people would be OK if Rob did. No, he’s looking for a way to give her an out.

I used to feel bad for him but now I just think he’s a glutton for punishment because he’s not going to like what he hears and I bet he already knows that.

Do you think Rob’s a dumb ass for speaking to Liberty? Is she even the right person to go to anyway? What does it say about Kristen and Rob’s fledgling relationship if he doesn’t feel he can get the truth from her at this point?