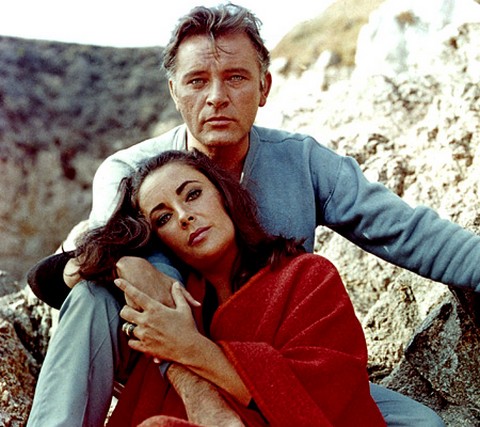 We hoped that since the Twilight films were over, Kristen Stewart would slither back to wherever she came from and never be seen again. A new report, however, confirms that she intends to stay in the acting business, and is eying a remake of the film The Sandpiper. The film originally starred Elizabeth Taylor and Richard Burton, and Robert Pattinson may sign on too! The movie is about a married teacher who has an affair with a single mom—and we’re sure Kristen could give Rob some tips on how to have an affair!

A friend of Rob’s reported to OK Magazine, print edition January 7, 2013, “They’ve been flooded with offers to appear as a couple. Everyone tells them they can be the new Elizabeth Taylor and Richard Burton!” Has Lindsay Lohan’s tragic portrayal of the late legend been for naught? Surely these awful actresses now know that Elizabeth is not to be approached lightly! But Rob is looking to piggy back of Kristen’s fame! “He recognizes there’s a certain screen magic when he and Kristen are together. Besides, there’s less chance she’ll get into trouble again.”

So basically, Rob is going to forever stalk Kristen on movie sets to ensure she doesn’t cheat with another director? Of course, after his films Cosmopolis and Bel Ami tanked, it makes sense to attach yourself to an actress who, despite bad acting, rakes in the bucks. No word yet on how this movie will fit in with is alleged dreams of business school, but time will tell.

For now, Rob and Kristen are excited to expand their audience even more with the classic remake. “They think it could be the perfect movie to help win them a whole new legion of fans,” a friend explained. Do you think Rob and Kristen should keep up the on screen romances, or is it time for the Twilight duo to go their separate ways?