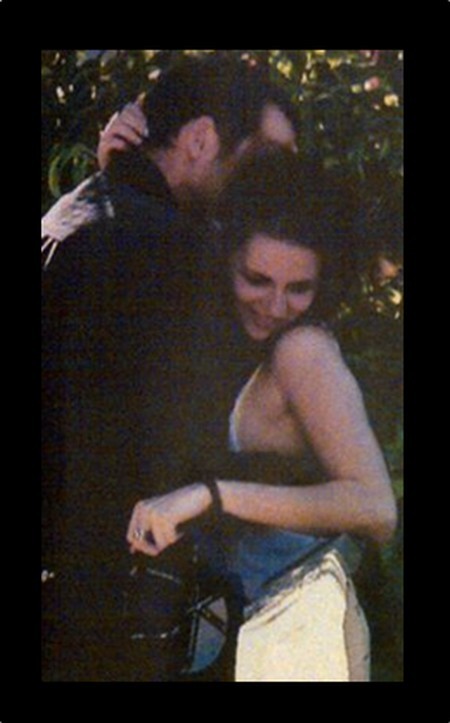 For a couple to show so much passion on the screen, there has to have some in real life, right? In a recent interview with the Australian talk show Kyle and Jackie O, heartthrob Rob Pattinson talked about his sexy love scenes with Kristen Stewart from the last of The Twilight Saga: Breaking Dawn – Part Two. He says:

”The sex scene in this one is pretty ridiculous…It’s just because you’re kind of shooting stuff to be PG-13…it’s just trying to think of inventive ways to make something sexy.”

The star added: “It can’t just be a normal sex scene. It’s supposed to be about, like, the greatest vampire sex you’ve ever had.”

And I’m sure onscreen it will be. Who can forget the amazing sex scene from the fourth installment, Breaking Dawn- Part One? The chemistry between Stewart and Pattinson was astonishingly sensuous. The question is, are they that passionate off-screen? Do you think that Stewart is secretly a hot-tamale in the sack, and that’s why these men can’t get enough of her? It’s certainly shocking that Pattinson has been seen hugging and cuddling with her, when less than three months ago, she publically humiliated and embarrassed him on a global scale by cheating on him with Rupert Sanders.

Who would have known that Stewart had it in her? I mean, the girl constantly looked irritated and constipated every time you saw her. No matter where she was, or what she was doing- posing on the red carpet, drinking in a club, acting on a movie set- Stewart always had a scowl etched on her face. So, it really shocked me when those steamy photos of her and Sanders, her former director of Snow White and the Huntsman, came out. And boy, were they steamy!

Pattinson supposedly says that they didn’t have sex. I don’t know about you, but when a man appears to be going down on a woman in the front seat of a car, in broad daylight, without a care in the world…they’ve had sex!!!

Also during the interview, the actor revealed that he and Stewart had to be shot in close-up range while showing their faces in “ecstasy” to really spice-up the vampire-vampire sex.  He explained:

“We’re doing it just to the camera, and the camera man is laughing as well…Guys’ faces, I don’t think, are really designed to do [that].”

Well, hate to break it to ‘ya Patty, but Sanders’ face was looking pretty close to ecstasy when he and Stewart were making out in that front seat.

What do you guys think? Does Kristen have some kind of “sex hold” on Pattinson and he just can’t escape it?