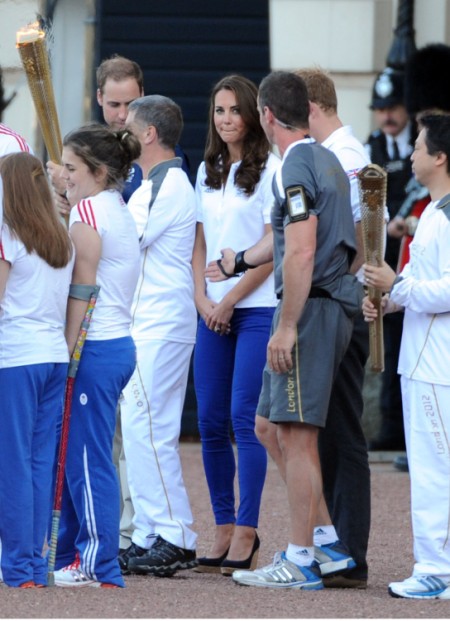 Prince Andrew is furious at Prince Charles for continuing his crusade of thinning out the royal family and the two are barely speaking. Andrew resents the fact that Charles’ family – especially Kate Middleton and Camilla Parker-Bowles – have been taking center stage during the Olympics while his daughters, Princesses Beatrice and Eugenie, have been shuffled to the side. At a recent party he referred to her daughters as the only “blood princesses” of their generation. Oh no he didn’t! Them’s fightin’ words!

The ‘others’ include his daughters Beatrice and Eugenie. He sees it as an insult that they are being dissuaded from carrying out royal duties even though — as he fervently points out — they are the only two ‘blood princesses’ of their generation. What has emerged is that he blames Charles for what is happening, rather than the Queen and Prince Philip. He sees Charles, who will be 64 in November, as effectively running the show, apparently having established an ‘understanding’ with their elderly parents that after the Jubilee he would have an enhanced say in ‘the firm’.

‘The idea was very simple, really,’ says a senior figure. ‘Charles was to be allowed to begin to initiate some of the changes in style he would want when he becomes king.’ That may still be many years away, but for a very long time the Prince has been talking of a ‘slimmed down’ monarchy more in tune with the modern world, and at last he has had the chance to begin to put his plans into effect.

But as a friend of the Duke of York says: ‘The speed and suddenness with which Charles has acted has taken Andrew’s breath away. It’s dreadfully high-handed.’

Andrew is just still mad because the Queen didn’t allow the whole family on the balcony during the Jubilee celebrations. You’ll recall, only Princes William and Harry and Kate joined the Queen, Charles and Camilla to wave to the crowd resulting in the senior royals getting p-ssy with Kate and encouraging the new curtsy rules that make her have to curtsy to everyone when William isn’t around. What a tough family! How uncomfortable this must be.

Andrew needs to relax and get a clue. No one cares about him. All we want to see are William, Harry and Kate. Beatrice and Eugenie are OK but they lack their mother’s unpredictability which made her so much more fun to watch. They should just get jobs, marry rich dudes and get hobbies outside of the royal family. They want the best of both worlds. They want Kate’s exposure but not her responsibility. I don’t think Kate’s life is too great. Did you see William at the Olympic opening ceremonies? I don’t think he’s easy to live with. He looks moody as all hell. I’m thinking Beatrice and Eugenie are luckier than they think!

What do you think of Andrew’s complaints? Is Charles being unfair or is he just doing what’s best for the family and the country?