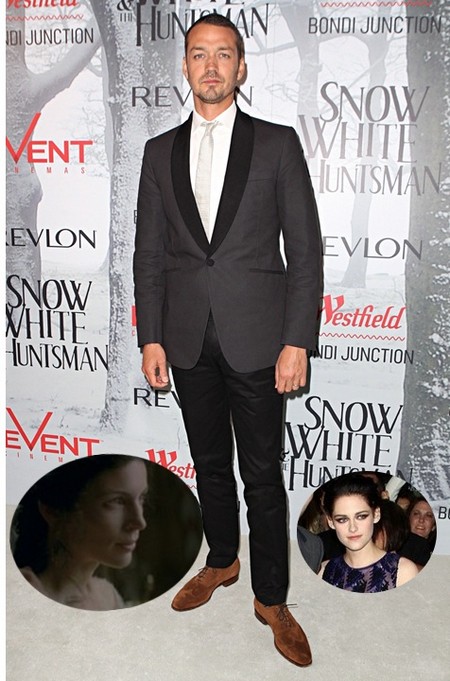 Now that the news that Rupert Sanders’ wife Liberty Ross is enduring the biggest betrayal, will she make her husband and mistress’s life a living hell? I’m just wondering if this is the first that Ross has heard that her husband and Snow White and the Huntsman director had an affair with Kristen Stewart. More details on that here. My guess is she already knows. Now I’m just speculating, but the following tweet could definitely prove that she is well aware of what could be going on behind her back while she cares for her man’s children.

Even though the Snow White movie was a memorable experience for Ross as she shared via her official website, “We have lived and breathed this project every day now for 2 years so releasing it to the world was extremely exciting. I remember a couple of summers ago looking at a script, lying on our bed in Malibu that had “SNOW WHITE” written down the side of it. I immediately thought “wow, that would be incredible”. When Rupert -my husband and the director of the film- told me quite seriously that “he really liked this script” I just knew it was going to happen. And it did. Quickly. Like a rare and exquisite masterpiece the stars -Charlize Theron, Kristen Stewart- aligned and Snow White began it’s incredible journey. The combination of one of the worlds most renowned producer Mr. Joe Roth-Universal Studios and an amazingly talented cast, the wheels started turning and the magic started to happen, my husbands first feature film.

We moved to L.A almost 7 years ago to start our family and concentrate on his career. Last year we moved back to London for 6 months with our 2 children and to finally start filming at Pinewood. We are so happy and excited today to share this with you and we really hope you enjoy the movie.” I’m thinking her thoughts about a certain cast mate has changed.

A source close to the situation told WHO magazine that Kristen may have cheated on Robert Pattinson but she does feel remorseful. So does that make her “lapse in judgment” any less destructive? The source said, “Kristen is absolutely devastated.” The source went on to add, “She wasn’t having an affair with Rupert. It was just a fleeting moment that shouldn’t have happened. She never meant to hurt anyone. She’s a good person who just made a bad choice.” Oh, is that what they call it these days? If you could see me right now, I’m rolling my eyes. This has me wondering…how does Liberty Ross feel? Sanders is her husband AND the father of her two children.

So what do we know about Liberty Ross? Well if you saw the movie Snow White and the Huntsman, you may recognize her as Stewart’s on screen mother. Not only is she an actress and model, she is Rupert Sanders’ wife.

With that being said, what do you think will happen? Will Kristen Stewart beg and plead for Robert Pattinson’s forgiveness? Will she break up Sanders’ marriage for good? Share your comments in the space below. We’d love to hear your thoughts!