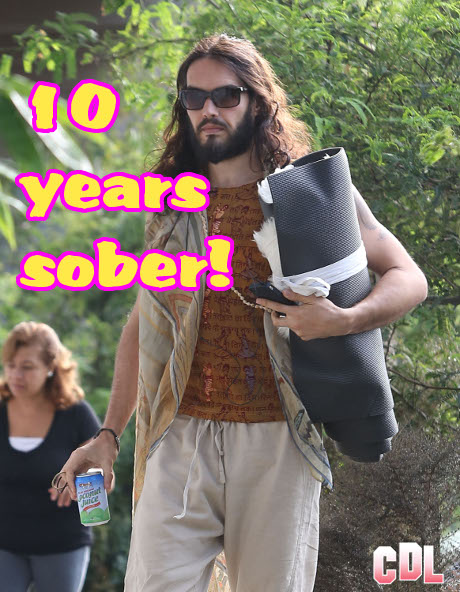 Inviting your ex-wife’s parents to your anniversary party is normal. Isn’t it? Well, in this case it is. Russell Brand did in fact send out an invitation to his ex-in-laws, the parents of Katy Perry, but it’s not what you think. The anniversary in question . . . well, that would be Russell’s 10 years of sobriety!

The ex-Mr. Katy Perry is in the final stage of preparations for a huge shindig to celebrate the accomplishment. Russell has been incredibly candid when it comes to his previous addictions (alcohol, drugs, sex) and is a huge supporter of addiction awareness. He has also spoken openly about his struggles with sobriety and the lifelong treatment process he will have to endure.

But the question remains . . . why is he inviting Katy Perry’s parents? For one it has been reported that Keith Hudson, Katy’s father, had a close relationship with Russell during the marriage and that closeness carried on throughout the divorce and beyond. Secondly, Keith would call Russell from time to time to check on him and see how he was doing. Russell truly appreciated this relationship and others just like it. His plan for the celebration was to invite everyone who had helped him in one way or another and supported him throughout his struggles. He also plans on covering all expenses for the trip to the States for his fellow Brits to ensure they are able to make it as the party is set to go off in Los Angeles.

The only thing that would make this event even more exciting would be a surprise appearance from the ex-Mrs. Brand, but that’s just wishful thinking. Well, Mr. Brand, congratulations on your continued sobriety. Perhaps you can carry that success over to your romantic life and maybe even your professional life. Lord knows your hosting skills need help and I will accept your apology in advance for that stinker you call “Brand X.”