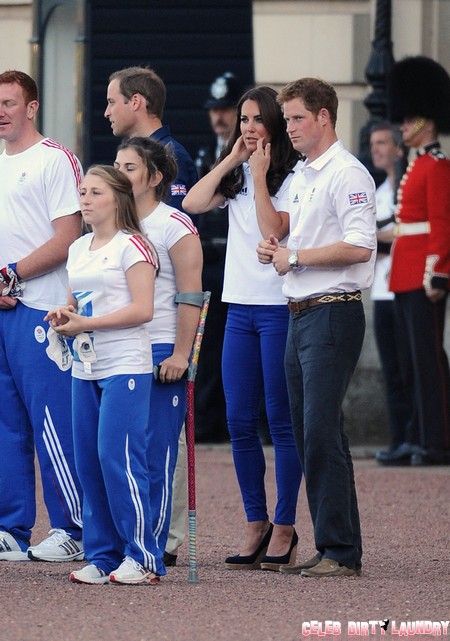 Someone is lying their butt off over at SE og HOR, the Danish magazine that most recently thrilled the world with nudie pics of future queen Kate Middleton. We reported that new printed photos showed Kate Middleton totally naked from the waist down, prompting Joan Rivers to tweet that Kate needs to landscape the “royal hedges.”  When the editor of Closer Magazine, Laurence Pieau, warned that there were ‘more intimate‘ photos of the Duchess of Cambridge that she chose not to publish she wasn’t lying.

Now, SE og HOR has come out and said that the magazine’s involvement in Kate’s nude Queen Victoria photos is a wholly untrue rumor. “Apparently there has been rumors in several international Media that weekly magazine SE og HØR this week (September 27th) has published new topless and nude pictures of Kate, the Duchess of Cambridge. This is not correct.” Okay then, but what about the photos in the gallery below?  Where did they come from?

When the magazine first announced their plans to print, editor Kim Henningsen said, “It’s a set of unique photos from an A-class celebrity. We are a leading gossip magazine in Denmark, and it is my job to publish them.”  Apparently the threat of lawsuit did little to frighten him off, because he added, “If the British royal family wants to sue us, then it will happen and we’ll deal with it.”

Those are certainly strong words considering the shaky legal ground the publishers of these photos standing upon. The royal family is currently pressing criminal charges against Closer Magazine, the French source that first printed the photos a few weeks ago. Queen Elizabeth II isn’t letting this one slide—the wrath of Britain is abroad! The entire world can now proudly claim to have seen Prince Harry fully nude during a wild Vegas party, and now we’ve seen all of Kate’s bits and pieces—let’s start placing bets, will it be Prince William or Pippa Middleton next?

Have you had enough of the undressed Kate scandal? I haven’t. It seems to be gathering more steam as it rolls on—remember, it started topless, then buttocks, now her Queen Victoria is all over the internet. I would predict that this is the end of it, but who knows. Perhaps a Portuguese magazine will dig deeper and publish raunchy photos of Wills and Kate. Will it ever end? I think Kate has had quite enough to agonize about. Don’t you think she wishes she could go back to the time when the most exciting royal news was Kate abstaining from alcohol or what color slacks she was WEARING?

Now where did these snaps come from if not SE og HOR?  The mystery deepens – what even more embarrassing photos will be released next?