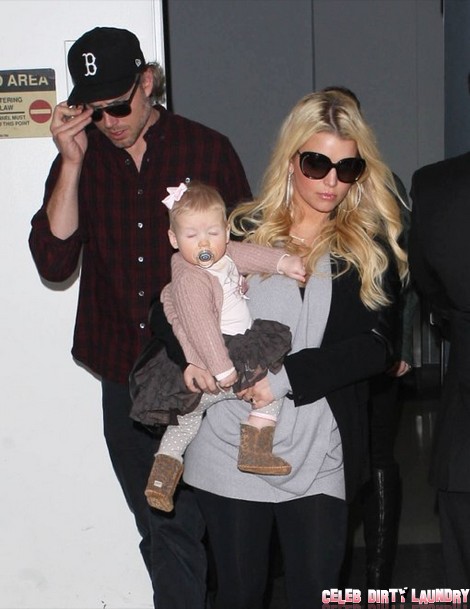 According to numerous websites Jessica Simpson is pregnant again with a child who will be a sibling for Maxwell Drew and a second baby for Fiancé, Eric Johnson.  Lucky Jessica!  She has found something else she can do well, get pregnant. She’ll have to forget about that Weight Watcher’s contract, won’t she?  I suppose a contract with a firm selling birth control might have been a better idea.

Is Jessica pregnant?  Of course until she sells makes her announcement we can’t be 100% certain, but the lack of a firm denial on her part makes me pretty sure she’s with child.  As much as we’d like to, we can’t forget Jessica’s nauseating post-caesarian interviews – during which she hollered about her voracious sexual appetites and the extra-terrestrial orgasms she was enjoying courtesy of poor Eric – all within days of giving birth.  It seems now that she was telling the truth.

Why did Jessica allow a second pregnancy so soon after having Maxell?  My wife thinks that it is all Nick Lachey’s fault.  She remembers how Nick dumped Jess and her manipulative stage-mother father Joe Simpson.  She tells me that Jessica has never gotten over being left by Nick and wants to have a boy child because Nick and Vanessa Minnillo do.  Is this possible? 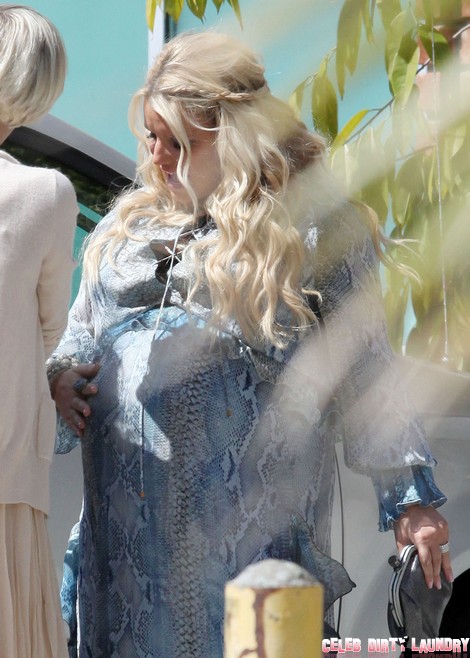 I tend to think that Jessica got pregnant because she can’t stand Weight Watchers and dieting.  As we all know, the poor mom had a nightmare shedding her baby weight since she had ballooned to a truly remarkable size.  I don’t know exactly how much weight she gained while pregnant with Maxwell but I was shocked by the photos we posted during her pregnancy. While carrying Maxwell Jessica was allowed to eat, probably for the first time in her life.  There was no way that money-grubbing papa Joe permitted Jessica to eat anything fun while he built her career and their income. Pregnancy opened a whole new pastry shop of gastronomical delights for the previously deprived celeb.  And she loved it! I propose that Jessica got pregnant again primarily so that she can eat.

Time will tell us if Jessica is pregnant.  Meanwhile, here are the pics.